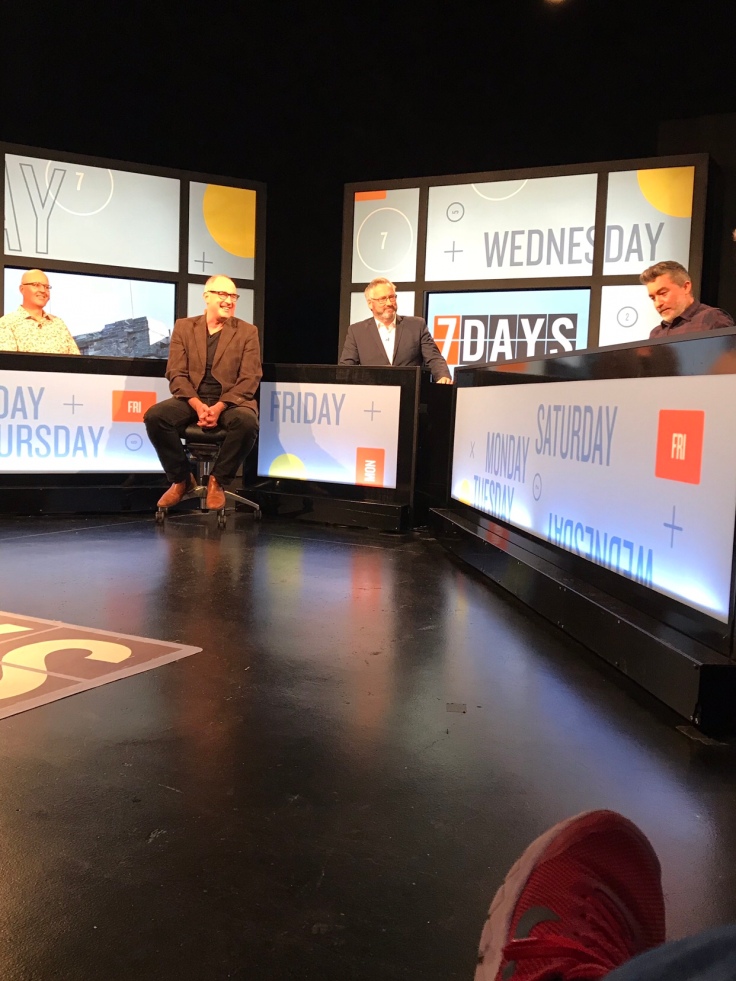 A couple of weeks ago we got to attend the taping of Seven Days, which is probably our favorite TV show at the moment.

We got seats right in the front row. The studio is a lot smaller in person than it looks on TV.

The performing arts community is small, and most of the panelists have other jobs, which makes it even better when they let loose on this show. The guy on the far left is called Paul Ego, and he is also the (obnoxious) voice of a grocery store mascot. In front of the desk is tonight’s political guest Phil Twyford, Minister for Housing and Transport (sample question in the mock interview: as Minister for Transport just how many trans people have you gotten interested in sports so far?). He was recently busted for using his cell phone on a plane… awkward in his position (so is your new favorite mode of transport “airplane mode”?). In the center is host Jeremy Corbett, who hosts at least one other talk show. And at right in the picture is Dai Henwood, who also hosts the local editions of Family Feud AND Dancing With The Stars. There are other panelists out of the frame, but those are the big three.

It was super cool to be in the audience on Thursday and then get to watch the show on Friday. Would totally like be to do it again!!