We’re in Houston for an interview, which gives us an unexpected chance for a little family visit.

On Saturday night, Brother Frank (there’s also an Uncle Frank, and somehow Brother Frank has always rolled easily off this only child’s tongue) surprised us with tickets to a jazz event. It was put on by Kim Prevost and Bill Solley, a couple he’s seen play lots of times and knows through a network of mutual friends.

Things started off with us having to find Lucky Run recording studio, around back in a building even a Realtor would describe as gray, anonymous and industrial.

But once we got inside, it started to look more like I expected… framed records on the wall, lots of name-checking (Solange! Lady Gaga!), and a young man behind the desk who clearly had other things to do.

I said ‘event’ on purpose, because this was a hybrid of concert and recording session. As VIP ticket holders, we got to sit in the master control room. Each musician was in a separate room (though all could see each other through windows). Here’s Bill in his room on the left, then Kim, then the background singers. 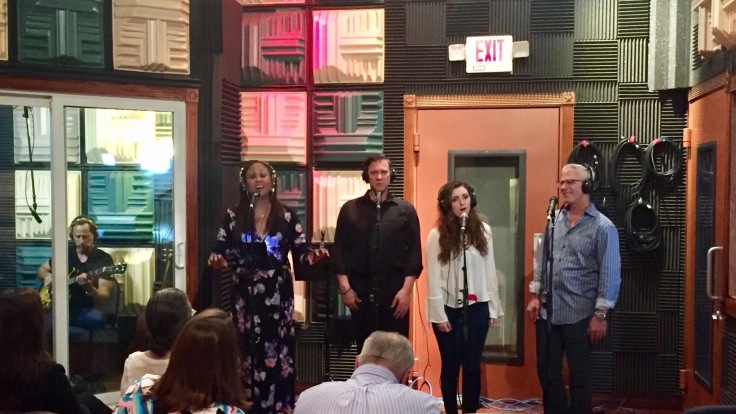 Drums, bass, and two keyboardists were off to the right. Because of that setup, each musician could be on their own track (or tracks: the drum kit had eight), while listening to while on headphones.

We got running commentary from the engineer, which was really interesting and all new to me. Most of the time he was just letting it run, but occasionally he would fiddle with something. He would turn players on and off on our monitors to explain how a recording gets made and edited. Lots of dials and switches. 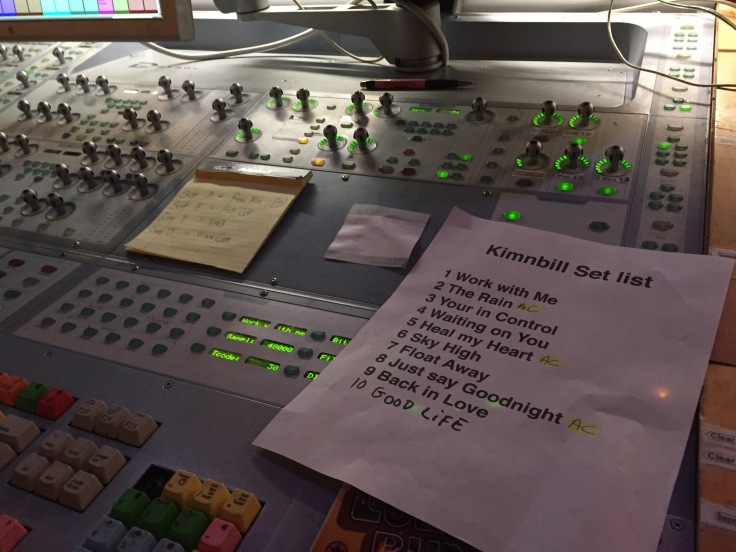 Kim and Bill are from New Orleans, part of the great post-Katrina diaspora like Brattleboro’s own Samirah Evans (they’ve been on multiple festivals together back in the day). The music was great, soulful and jazzy, and complex enough to listen to way more than once. They did two complete shows, and will produce a DVD of the session and a fully edited recording.

Maybe this is a new performance concept or maybe not… but it was new to me. I thought it was a really cool way for them to pay for some studio time while cultivating a much deeper audience connection than in a regular lounge setting.