An overnight stop doesn’t really allow much exploring… but we were ready to see as much of Napier as we could with our Lonely Planet guide and some pre-show googling (do you capitalize the verb form???).

First stop, the Pania of the Reef statue. Lonely Planet told us the Maōri story (like a lot of the Maōri stories we’ve heard, this one involved star-crossed lovers, angry parents, and being turned into islands forever separate) and described the statue as having “dubious boobs.” After close examination I can see the argument… they did look sort of pasted on, perhaps an ice cream scoop had been used in the sculpting process.

The ice cream shop at the skatepark is called Lick This, which we thought was all kinds of awesome. Did the local Council actually approve that name?

Maybe the biggest attraction in Napier is NANZ, the National Aquarium of New Zealand. It was pretty cool… better pictures than I ever get while diving! We got there soon after they opened, and it was a good thing… by the time we left it was packed! 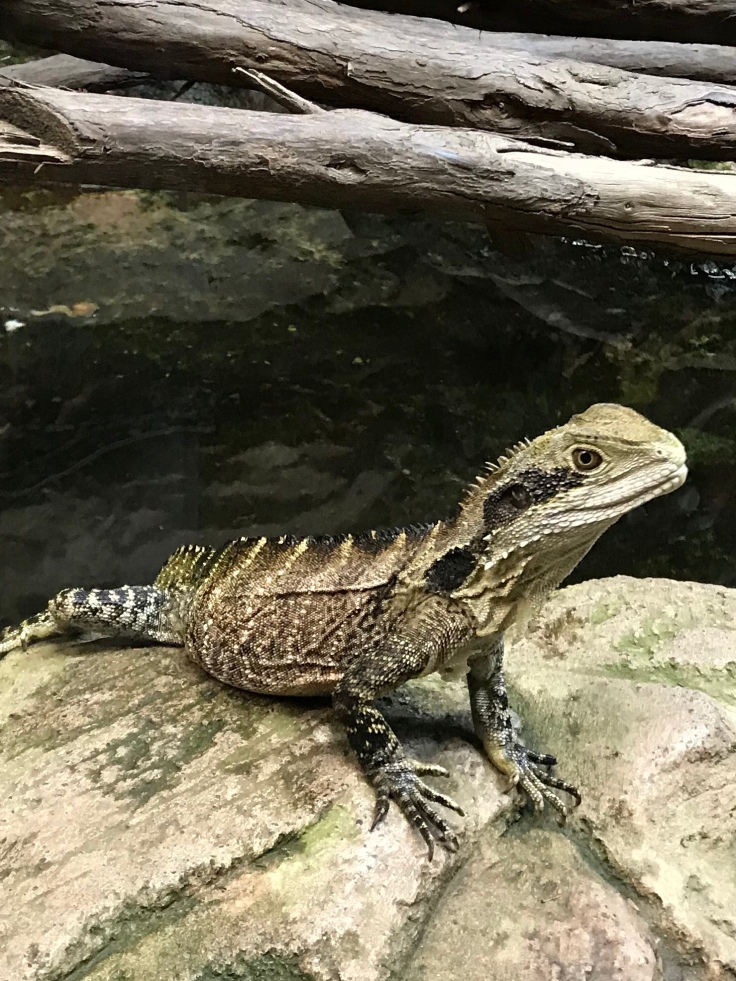 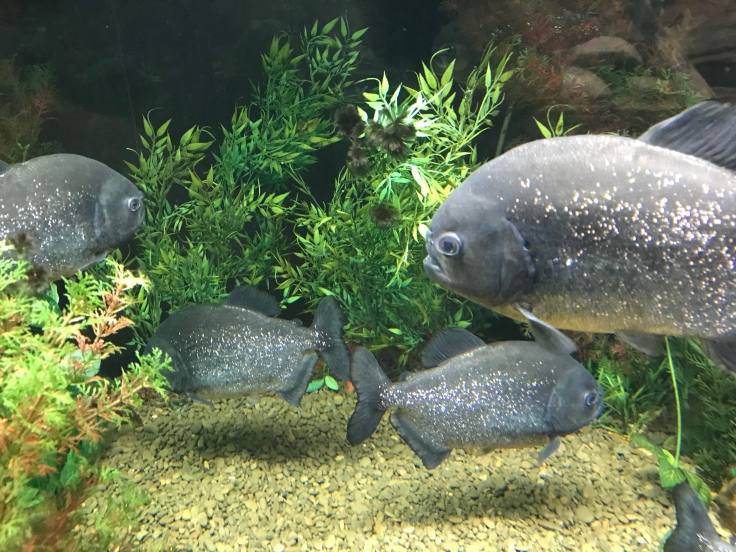 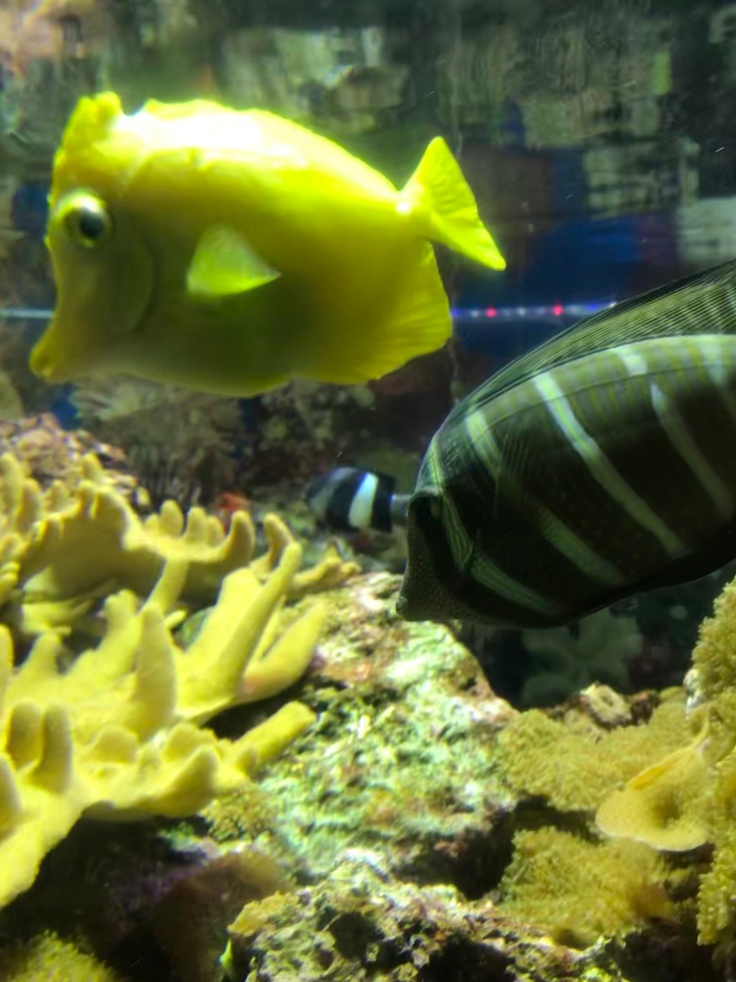 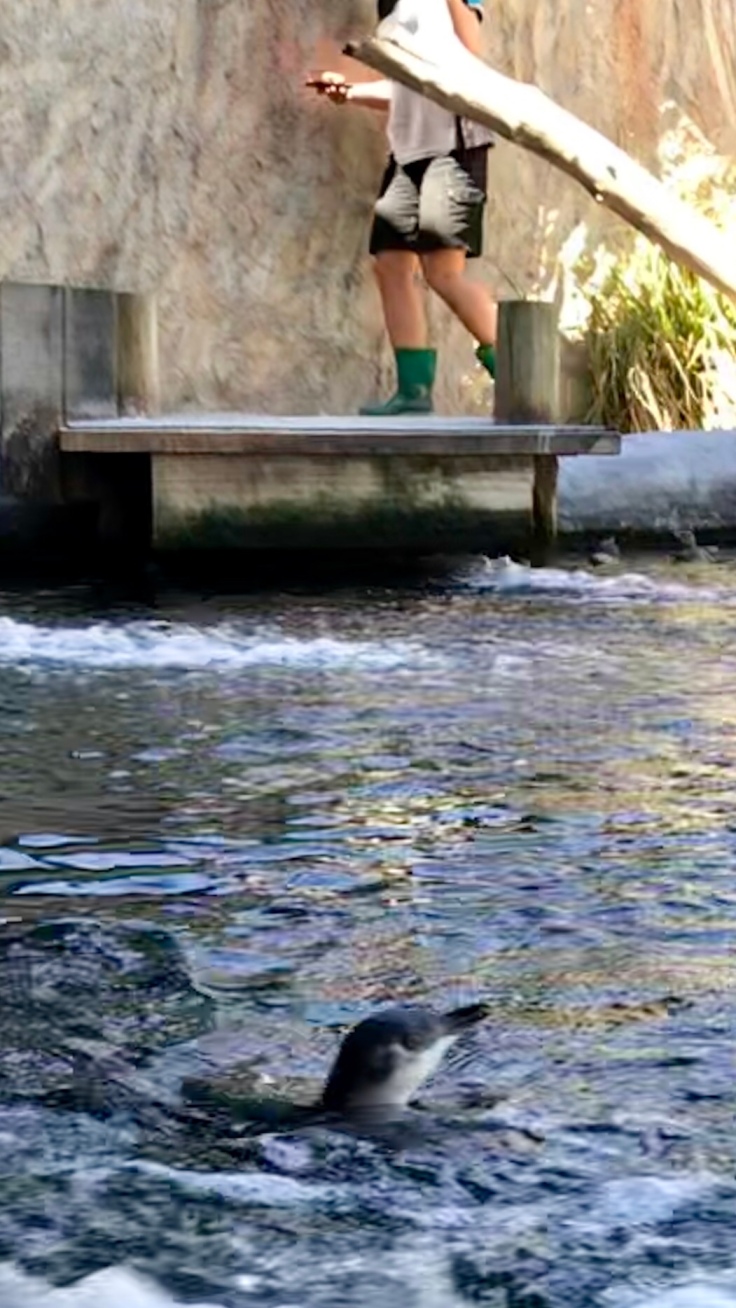 The Little Penguins were super cute, but the attendant had seen it all before and was glued to her phone.

For the big ocean tank you can ride on a moving sidewalk in an acrylic tunnel under the water.

We still had a couple hours, so we went into town to stroll and eat lunch. I executed the best parallel parking job EVER! 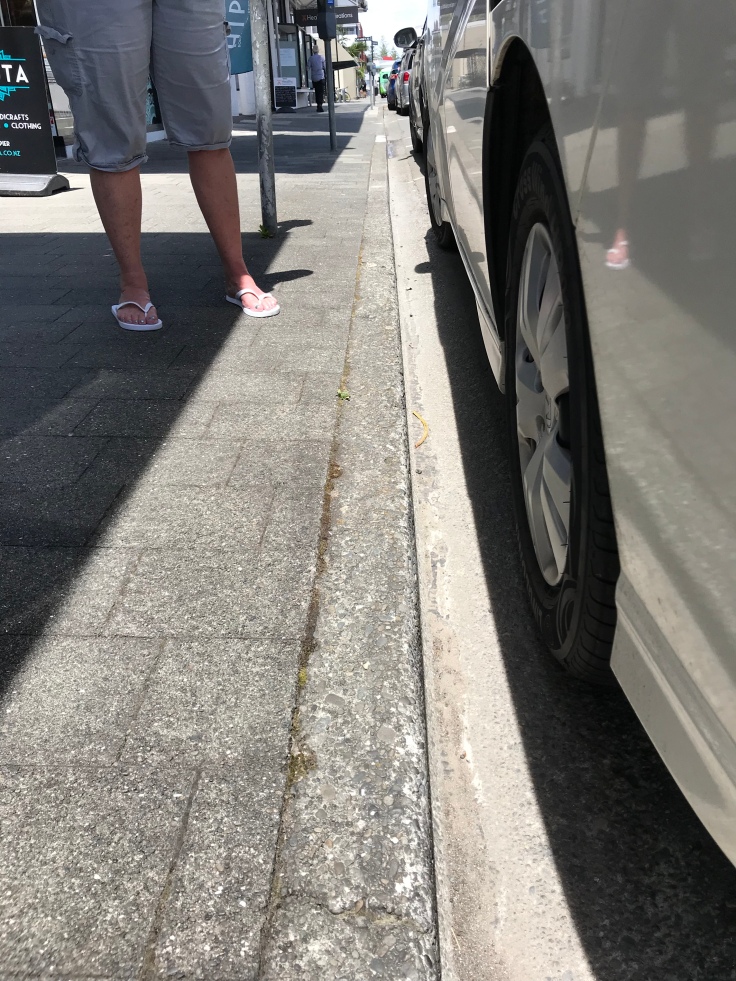 And then we stumbled across Trainworld. Lee has a longtime fondness for scale models, and train layouts are one of the best ways to indulge that interest. It’s not really about the trains… it’s the landscaping and buildings and painting she enjoys.

Like many private museums/ attractions, this one seems to run on a shoestring budget, and has seen better days. Still… some really great train layouts and worth the $10 for us. 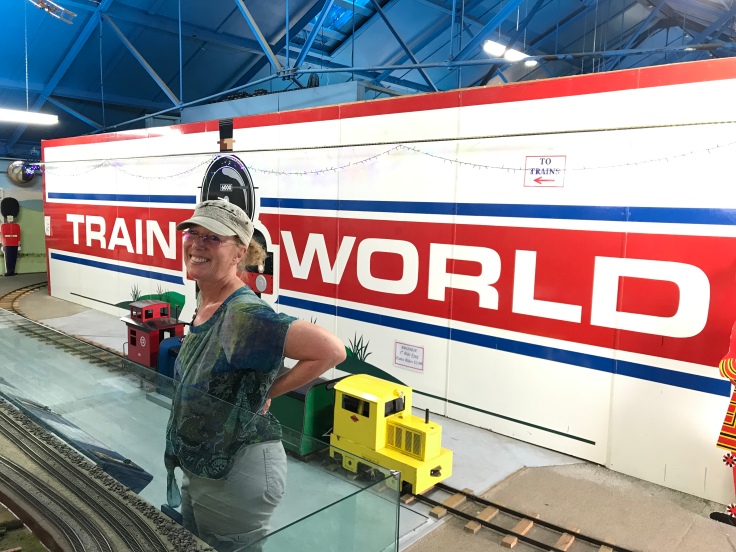 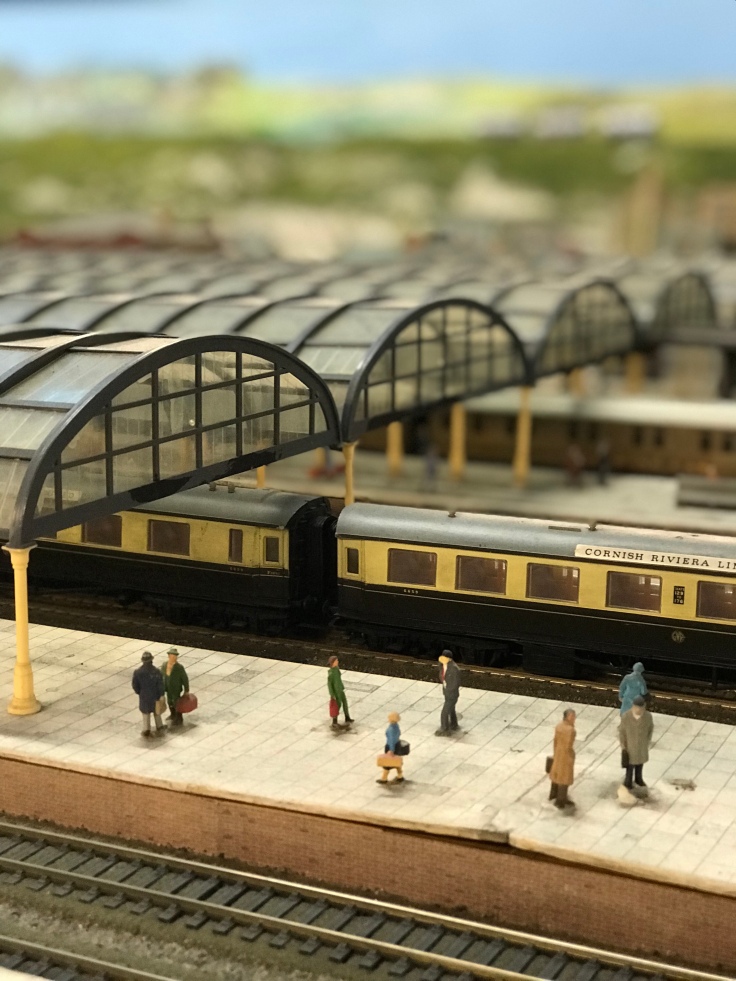 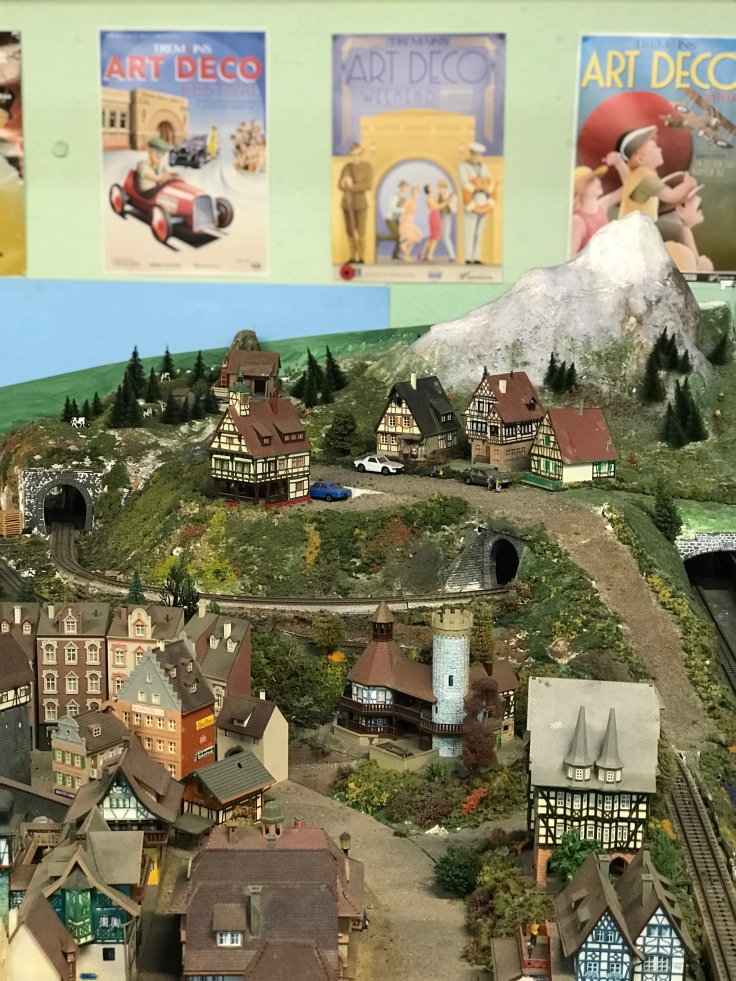 After that, we stopped into a couple of vintage (aka thrift) shops, and scored a couple of nice prints:

Pukekos by Rob McGregor, and 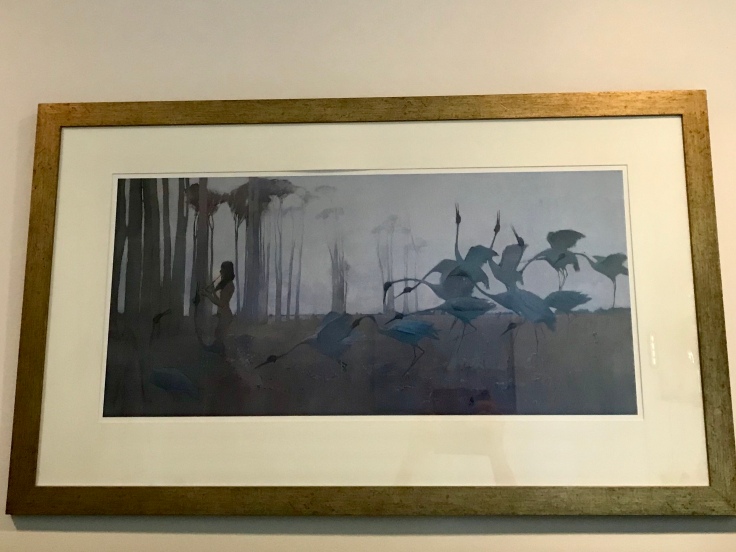 Spirit of the Plains by Sydney Long.

By the time it was all said and done we left a little later than we intended, but it was a fun half day in Napier.