We celebrated Anzac Day last week by getting up early to walk over the the War Memorial for the annual Dawn Parade. We didn’t know exactly what to expect, but when we walked out at ten after 5 in the morning, our street was full of people who had to park further away than our house.

We arrived to the sound of bagpipes, and the crowd was so large that we ended up watching the whole thing on the big screen. It was a very moving ceremony, about an hour long.

After the main event was over we went to the field of crosses marking all New Zealand’s WW 1 dead. On a per capita basis, the impact was enormous here… the total population was only about a million people at the time. Our Prime Minister Jacinda Ardern was laying some additional wreaths, and we were able to essentially walk right up to her.

This was the big one, televised, etc., but these happen all over the country, with quite a lot of participation from young and old.

Many people pull out their old uniforms or even make historically accurate costumes. These nurses, both military veterans AND served in humanitarian efforts overseas, were 100% legit. And both still practicing. 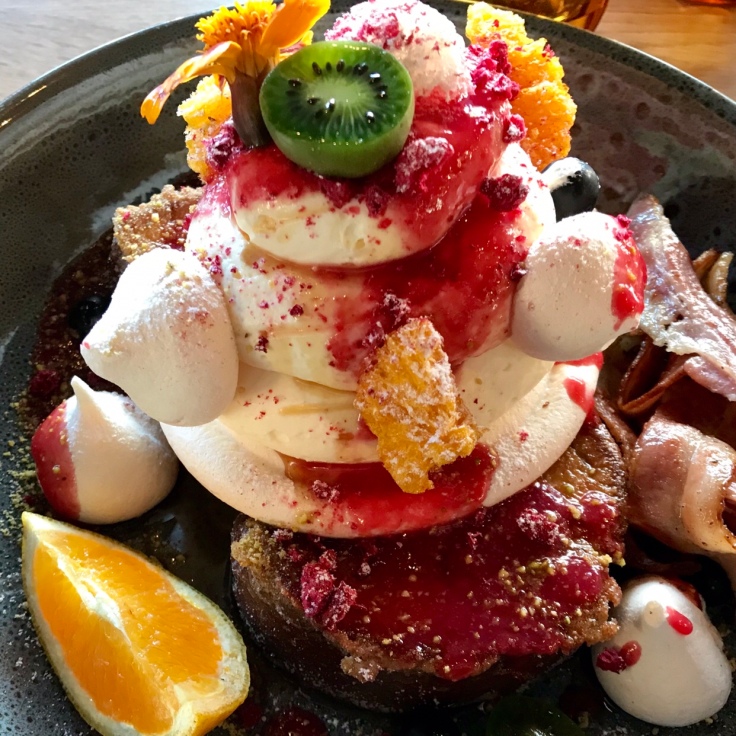 And then the entire country goes out to brunch. This over-the-top French toast was the best ever.