A couple of weeks ago we got to see the annual Lantern Festival, a celebration of all things Chinese held in the Auckland Domain. 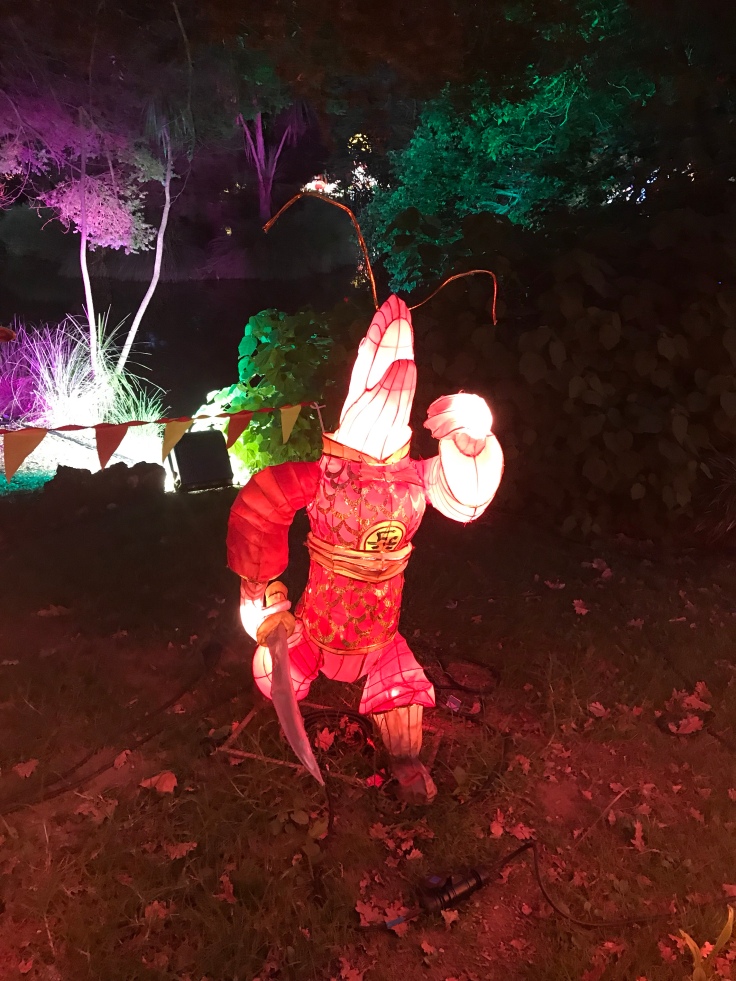 The lanterns themselves are really cool, like whole dioramas depicting something that probably means more if you grew up with Chinese fairytales than Grimm’s. For instance, the brave shrimp above is surely a known character… but not to me.

There are kiddie carnival rides, multiple music performances, a massive array of food stalls, and lots of other stuff. But the real stars are the lanterns… beautiful.

I’m always on the lookout for messages that seek to influence current affairs and people’s attitudes to somebody’s advantage. In the past, this would have been called “propaganda,” now it’s just “fake news.” And advertising, I guess.

I found plenty of that kind of thing at the Lantern Festival (whether intended or not). To oversimplify: China is great, in all kinds of ways, and has been for a long time. So, therefore, you should go to China on your vacation. And if China itself, or Chinese persons, want something you should probably give it to them. And so on. Hmmm. But then again, any US county fair is at least that nationalistic… so maybe the secret messages were all in my head.