We spent yesterday, which was Queen’s Birthday holiday here, walking around, trying to get the lay of the land. The weather was nice, and we saw a lot of different neighborhoods.

We looked at our first apartment… great views, as advertised, but tiny! and expensive!! Three or four more today.

A nice little monument in the K Road / Upper Queen St. area. It’s known as K Road because who’s actually gonna say Karangahape in casual conversation? I mean, these are people who say “veg” instead of “veggie.” 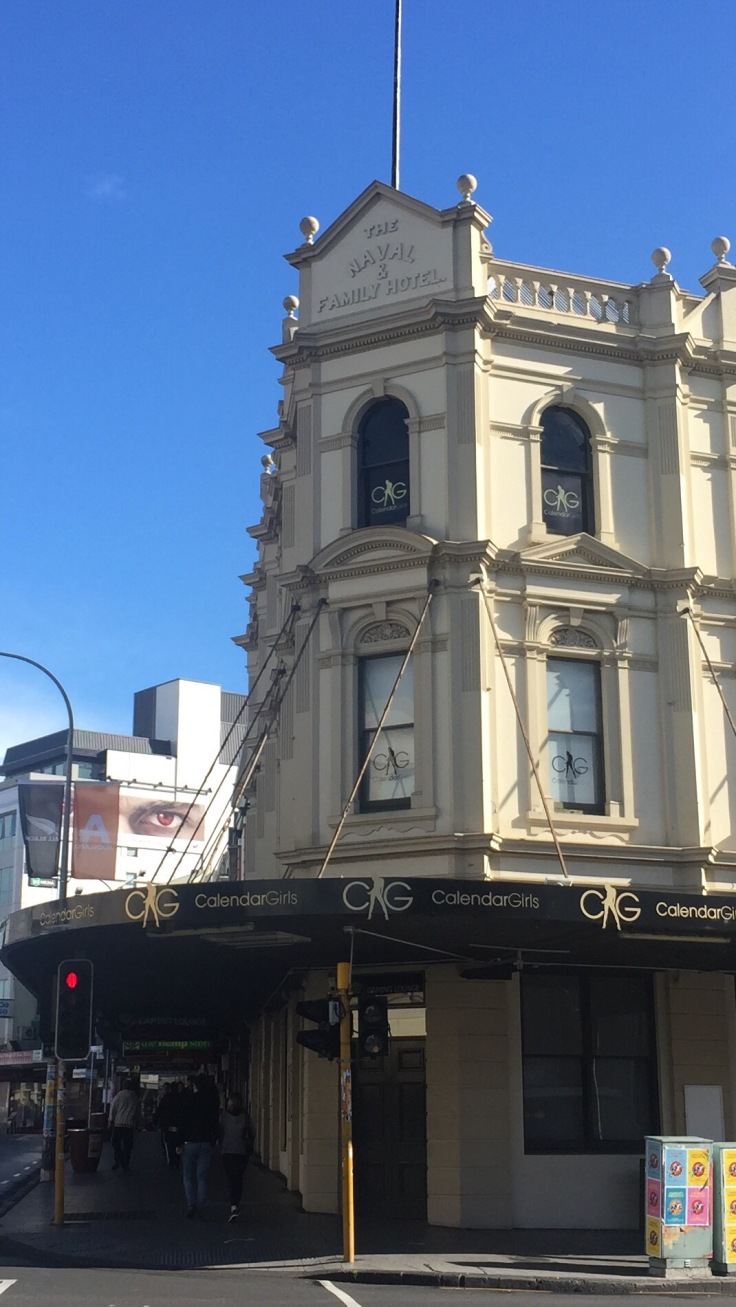 The former Naval and Family Hotel, now a strip club. 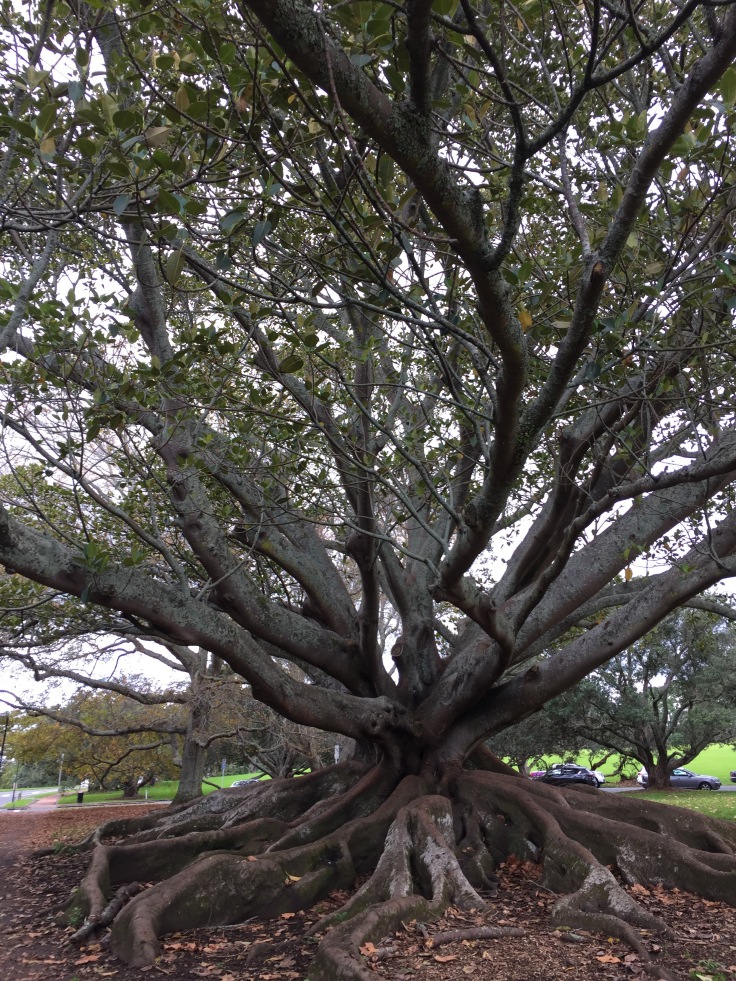 A fantabulous magnolia tree in the Auckland Domain, which is a super nice park. 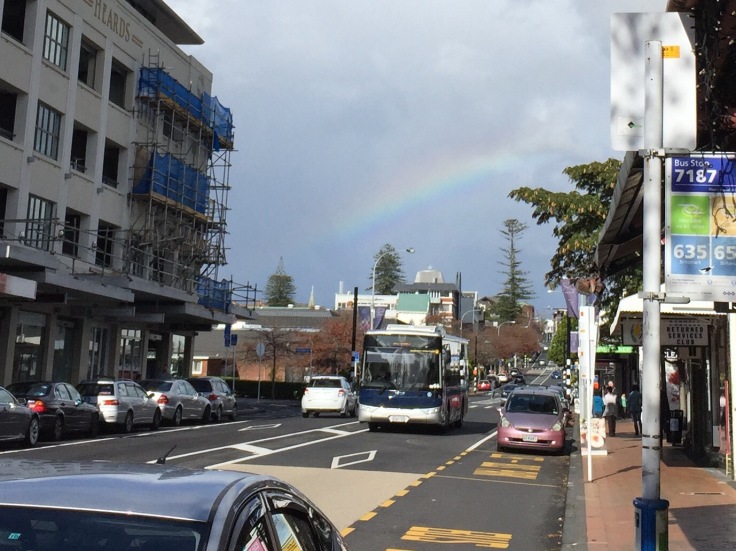 A snippet of rainbow in Parnell. We’ll be looking at housing there… was this an omen?