We arrived at the hotel about 7 AM, thanks to the helpful and pleasant Mr. Kang, who himself only came here from Punjab a few years ago. He asked us why we chose to emigrate, and I answered with things like jobs, adventures, etc. He listened and nodded politely. I then said that our recent election certainly spurred us on in our thinking. At that point, he became much more animated… how could such stupid man become leader of so powerful country? He can do much much damage!!! When we asked him why he made the move, he said it was better for his children’s future. In India, he said, all politicians are about like Trump, at least in US you only have one.

We unpacked with the help of our welcome pack wine, and then set out to explore. Had a nice breakfast. You’ll hear this again: restaurant food here is pricey for sure. Here’s a few pics from our rambles.

Autumn is upon us…

Outside the Maritime Museum, this was the fastest monohull boat ever built, supposedly, in the late 1980s, the Americas Cup pride of NZ. Unfortunately, the Americans figured out that catamarans weren’t explicitly forbidden, and this boat ended up as a very slow knife at a gunfight. 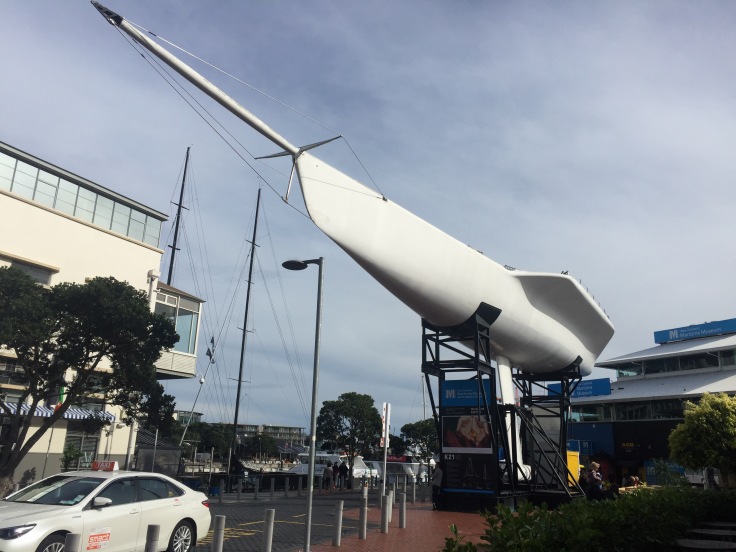 The Sky Tower pops out from many vantage points. You can pay to take a (tethered) walk around that ring , and even slide down a cable, air assault style.

The harbor, or at least one part of it. 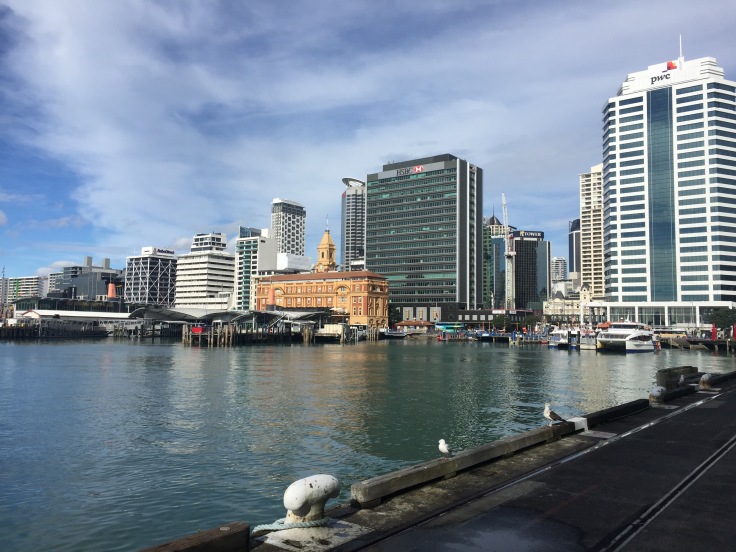 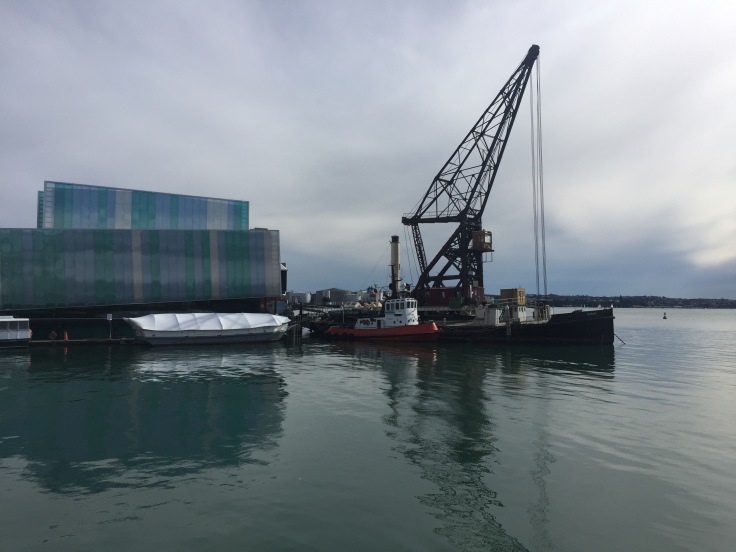 We also did a little apartment prospecting and got some basic groceries, and then it suddenly became nap time.