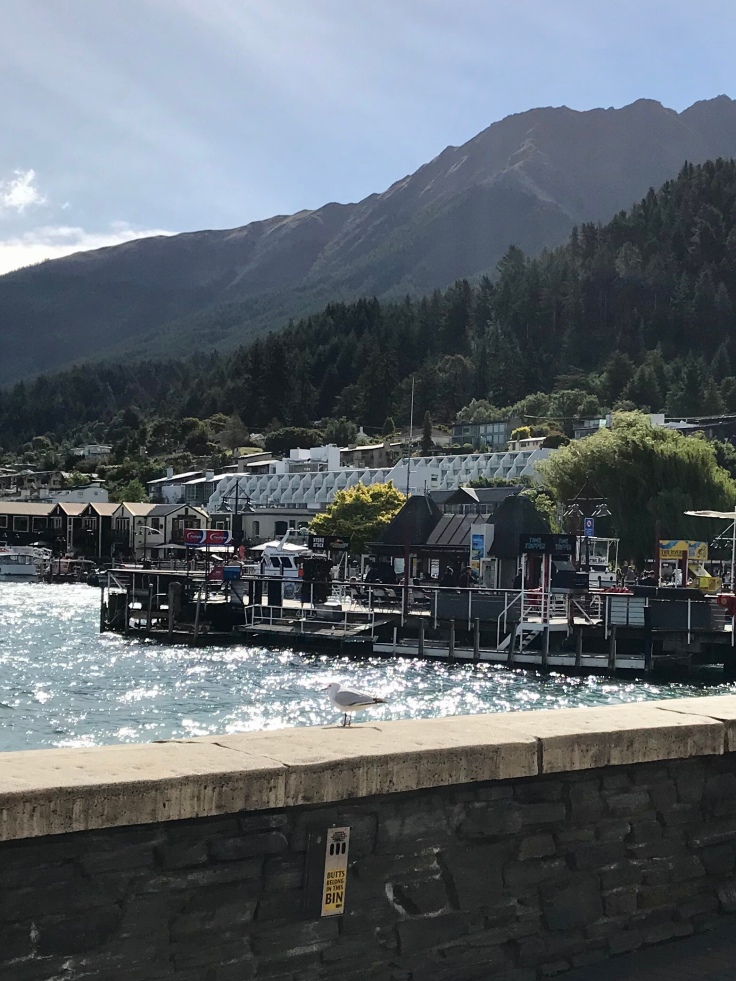 We flew into Queenstown yesterday afternoon for some sightseeing and to spend a little more time with Mitchel and Caroline. It’s a short 2 hour flight from Auckland, which ended with some turbulence and a spectacular approach along the valley.

A ski town in winter, Queenstown makes its summer tourist reputation on adrenaline sports… which we won’t be participating in. But for our first evening we got beautiful weather to stroll around town: Key West meets Park City meets Montreux.

The buskers were out in force. First we saw the mesmerizing but unphotogenic Kosmic Zone, with a beat-boxer, a synthesizer-er, and a didgeridoo-er. They had a good audience but the trancelike music might or might not have opened people’s wallets.

Then Sven From Sweden, whose patter and crowd skills were super funny, even if his tricks were probably more showy than difficult. He also had a big audience and really seemed to rake it in at the end.

And then there was jazz guy seated by himself next to the toilets. Maybe he just enjoys playing outside… he certainly wasn’t making a living.

Fergburger has been recommended over and over, but the 100+ people outside queuing up made us even happier that we’d run into Taco Medic first.