On our final full day in Ubud, our Airbnb host Kadek took us on a sightseeing tour. We originally planned to do a bike tour, but seeing the amount of traffic on the roads convinced us otherwise.

Luckily, Kadek is also a driver, so he knew just where to take us.

First stop, the ATM for another couple million rupiah. Second stop, the Tirta Empul holy water purification temple. Real Balinese Hindus come here to pray and wash away sins. The Eat, Pray, Love set (who constituted the majority of people we saw in the baths) do the same, although if anything they take it even more seriously. And tourists like us come to take pictures.

The temple grounds are really beautiful. I find the Balinese carvings and sculptures to be really evocative… their mythological creatures somehow seem just exactly mythological enough.

Everyone has to wear a sarong, which they give you on the way in.

The Balinese Hindu calendar seems to be neither lunar nor solar according to the explanations we got. There are ceremonies and rituals at odd intervals, and then more that happen for births, deaths, marriages, and so on. There’s a good time to start a business, a good time to get engaged, and so on. So with all that complexity, we had no idea what the big procession we witnessed was all about… but it was pretty impressive! 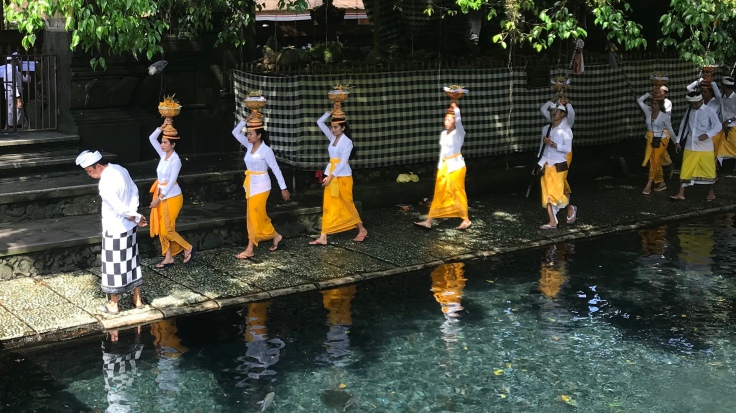 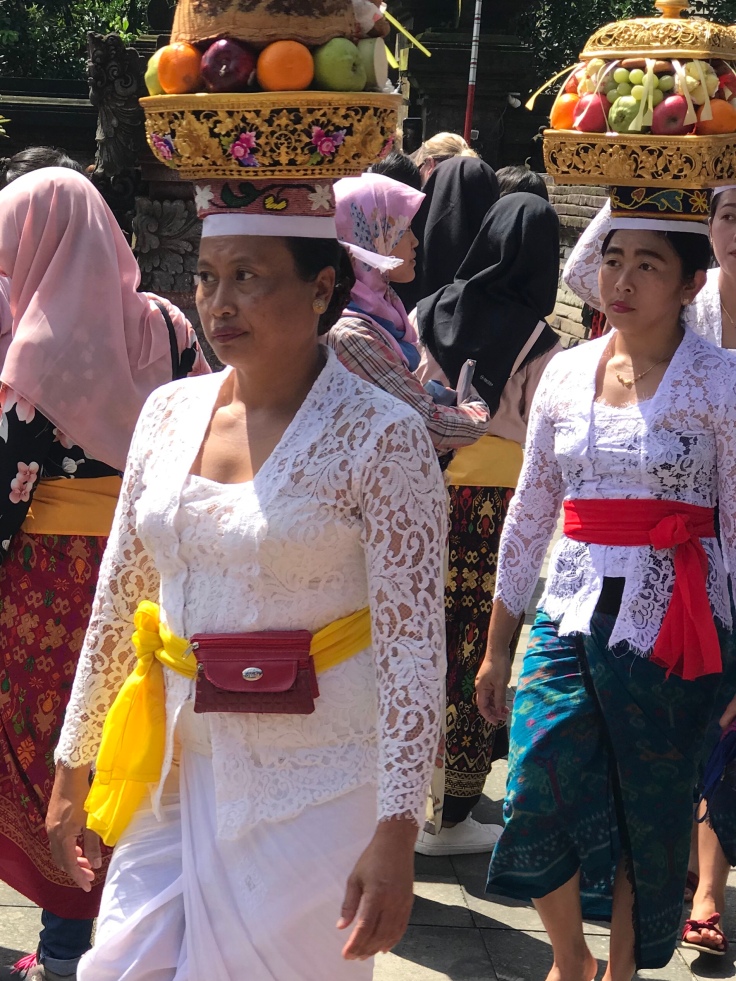 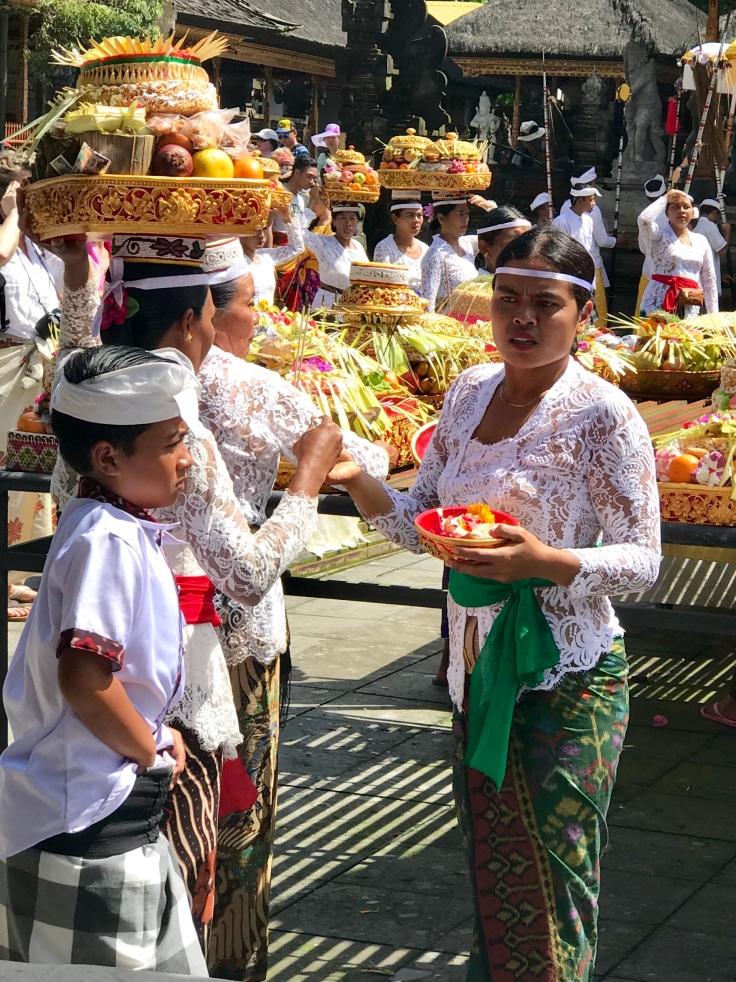 After all the offerings were put on a table, many of the marchers got to take a break in the shade. Out comes the phone, and snacks.

Then more parading of fancy and apparently weighty icons, and the big shaggy dragon brought up the rear.

It was all in all a really special place, mystifying but benignly so. Kadek did us a solid on the way out by getting the door guard to let us skip the enormous handicraft bazaar they funnel you through on the way out.