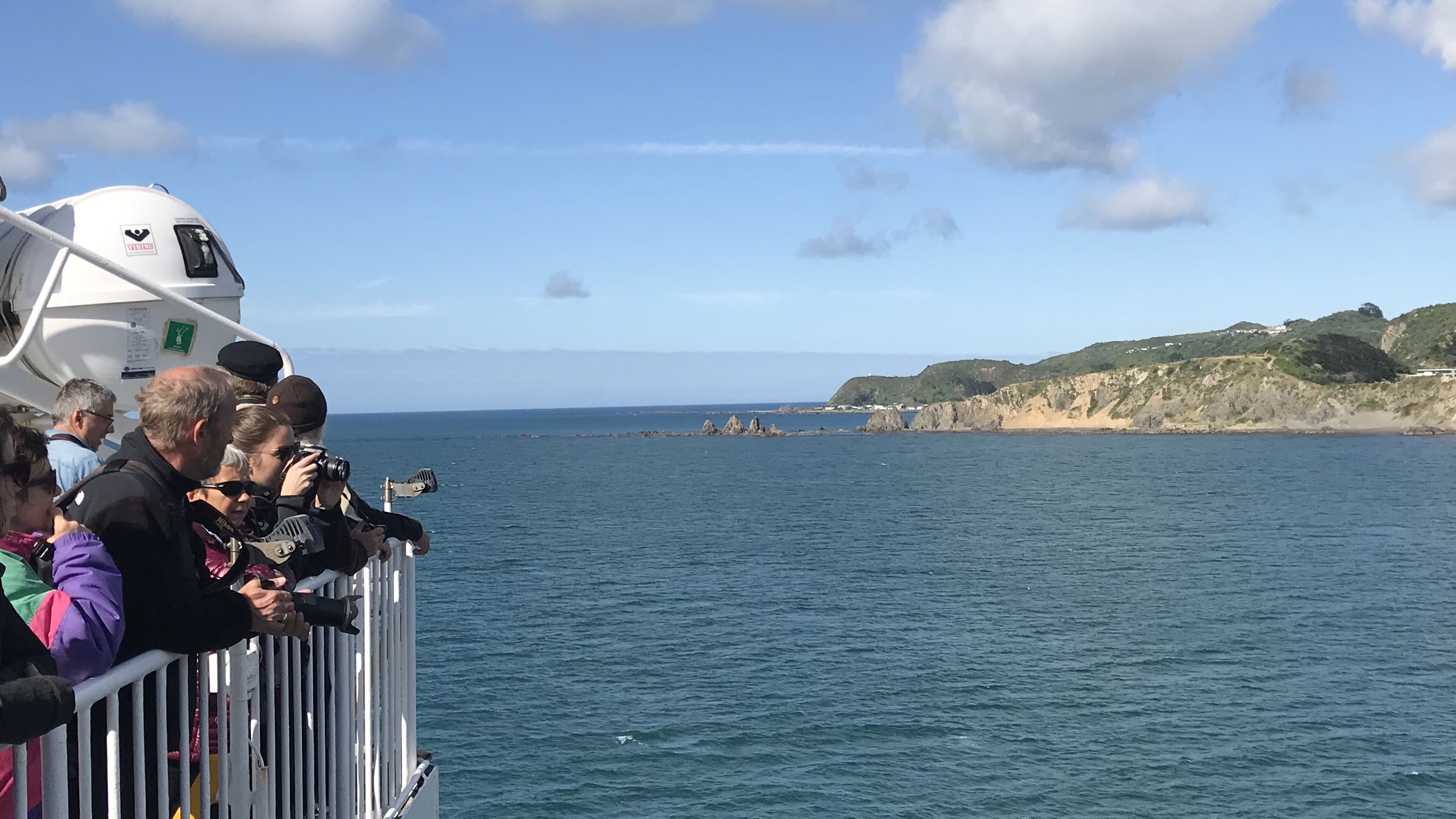 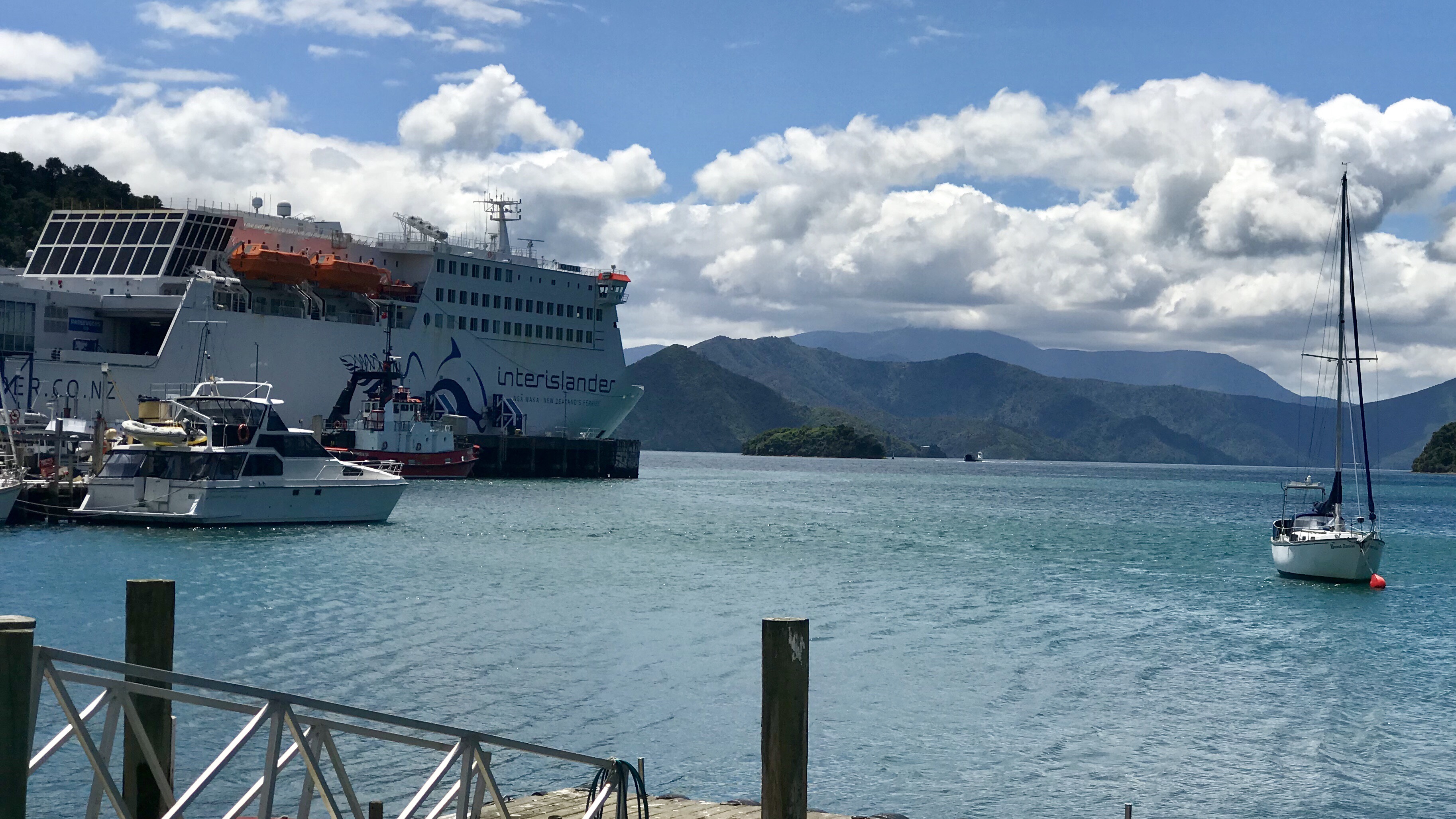 “Placid coastline from a boat” (or “boats bobbing in still harbor”) must be the title of most of the world’s least interesting photos. But in this case, the picture doesn’t replace the 1,000 words. The last time I took this trip, just over a year ago, I was jetlagged. The seas were rough beneath the wind and rain. There was a tight timetable. Exciting day, but sort of weird and disconnected.

So this time, the very placidness was a delicious change. The water was all shades of blue and green, the clouds obligingly fluffy. The boat, a different one than last year, was unexpectedly nice. 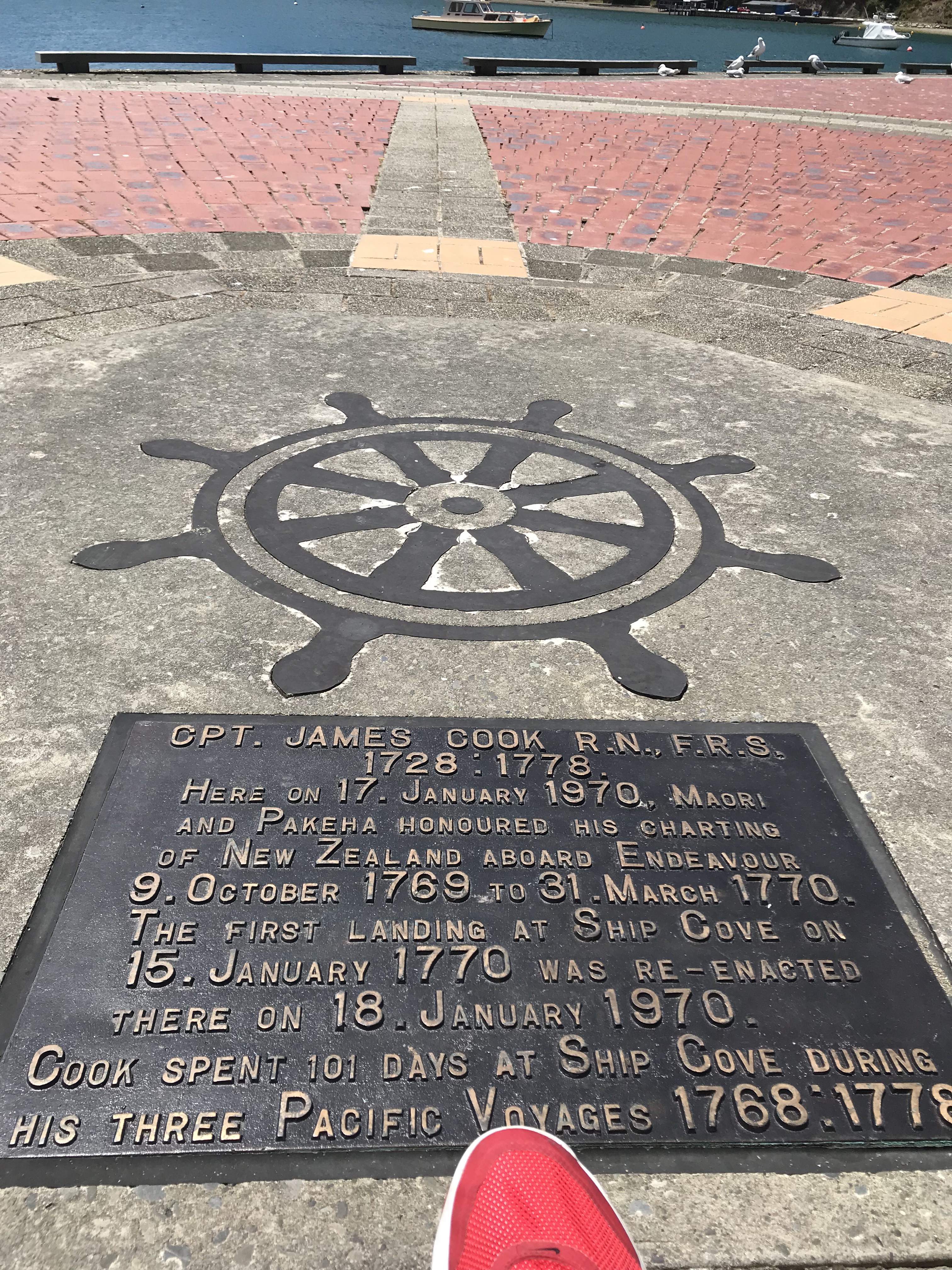 We planned to spend about six hours in Picton, and honestly knew that might be too much, but the ferry schedule offered too little or too much, so there you are. 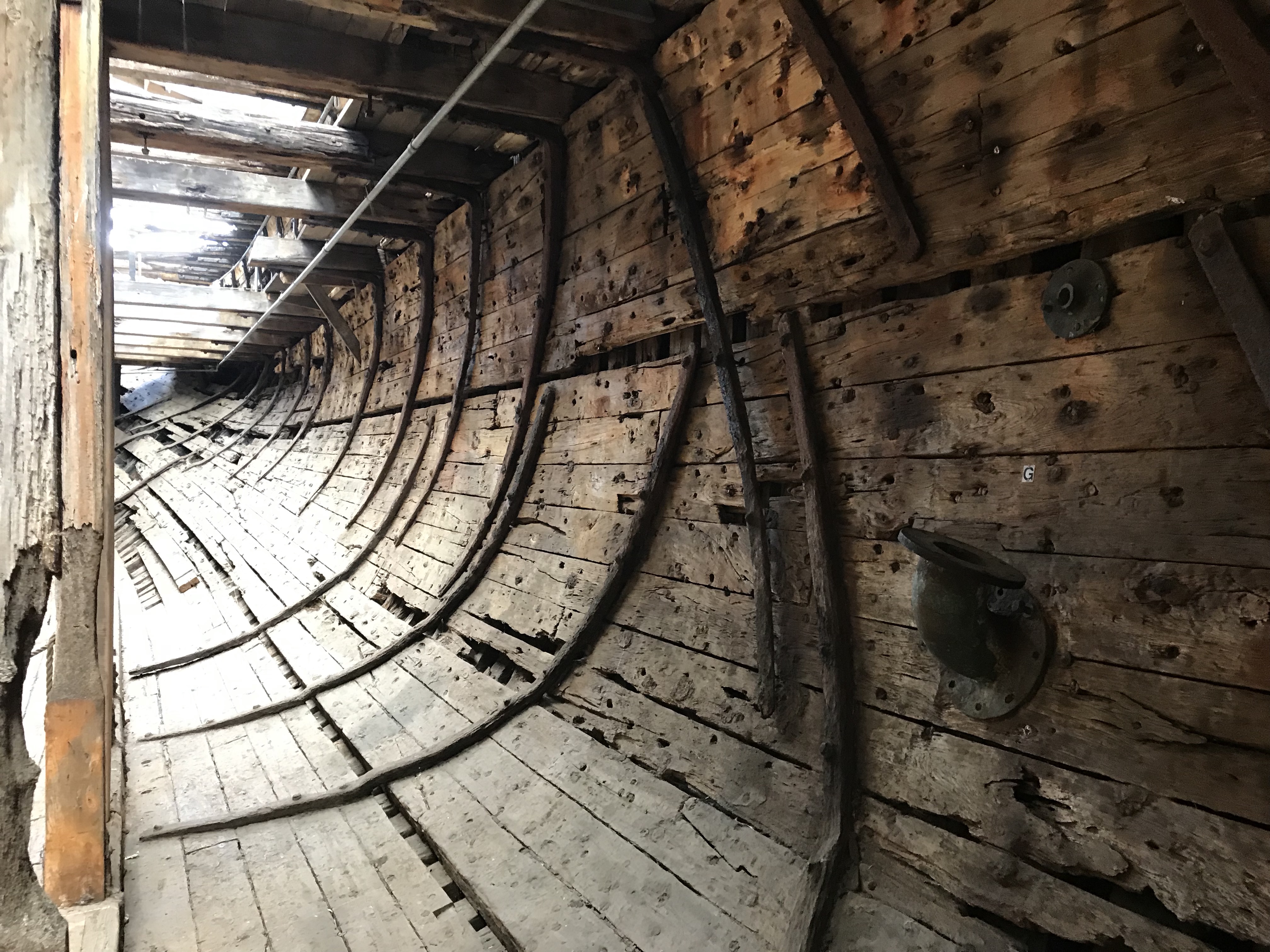 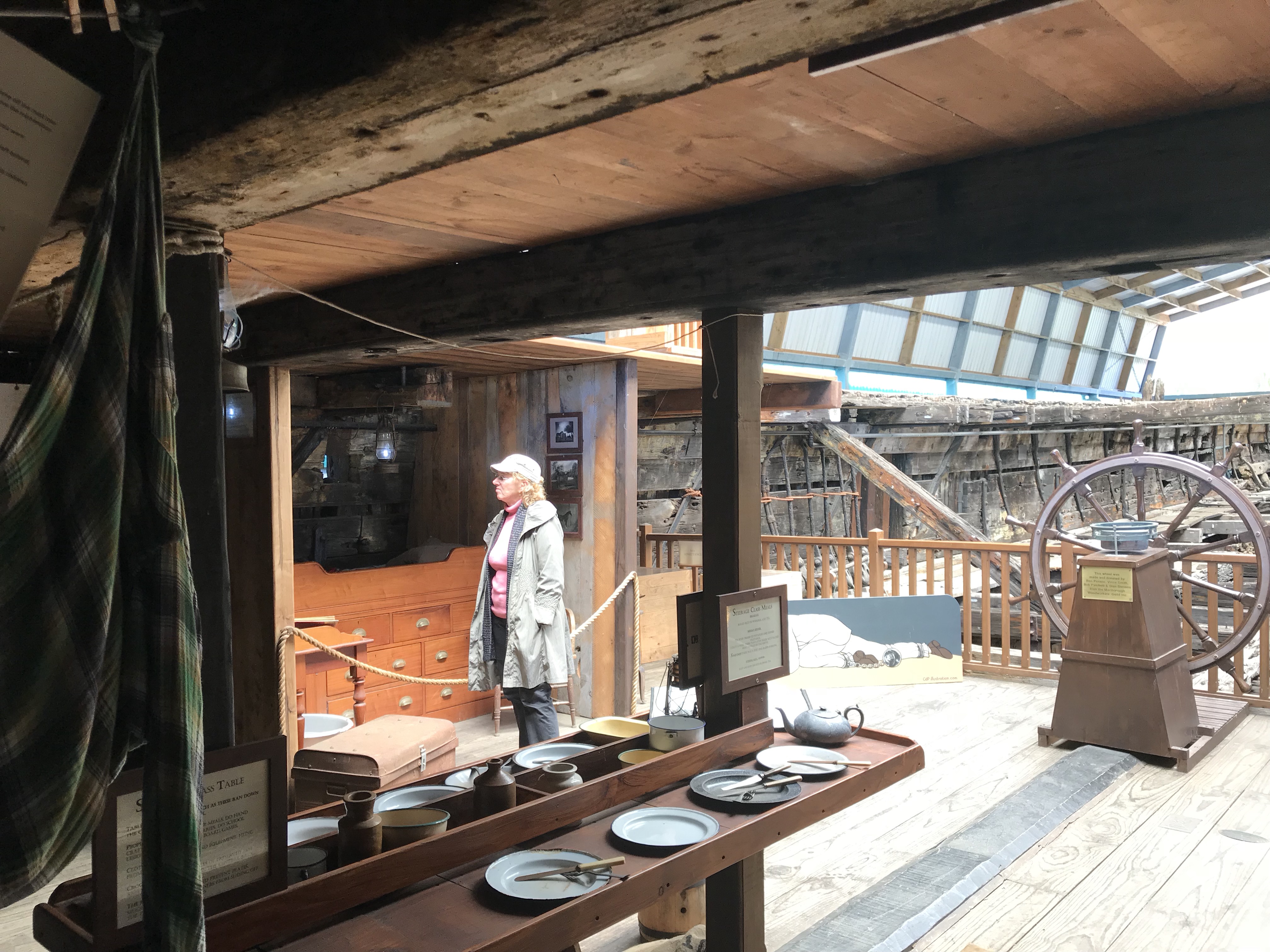 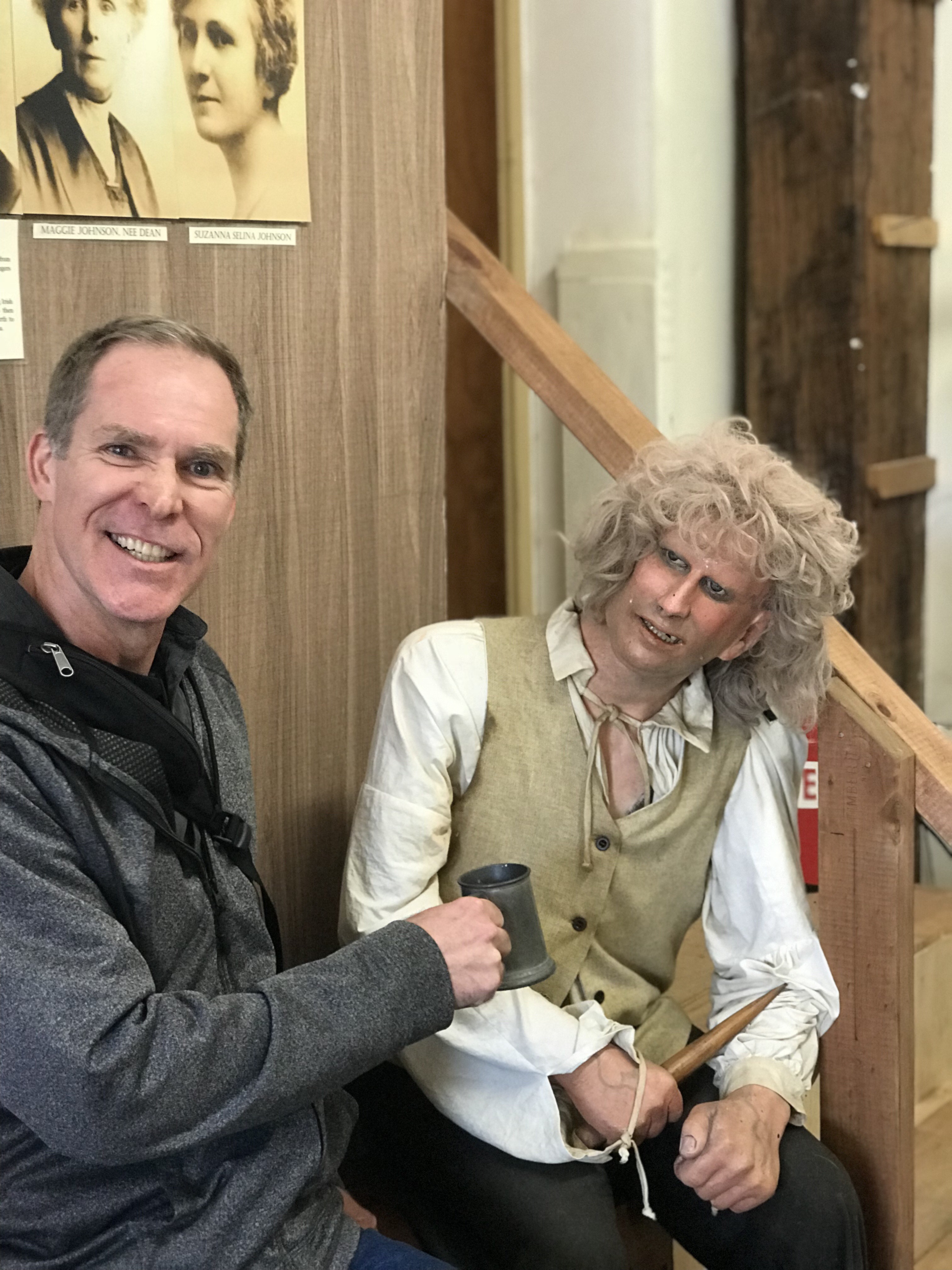 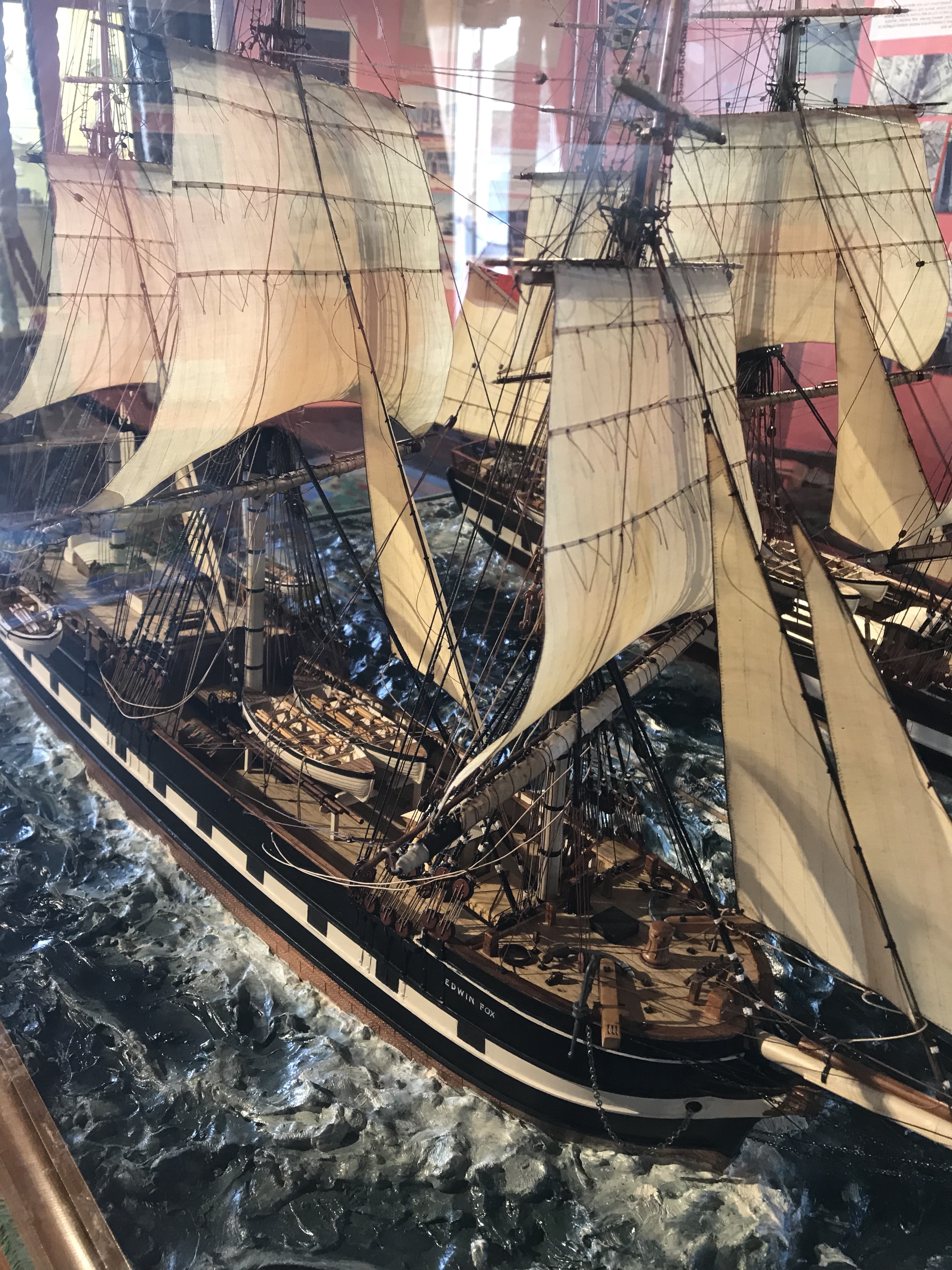 First stop, the Edwin Fox museum. Despite the overlong video about the ship’s history and associated preservation (not restoration!) efforts, that was a 45-minute visit. Interesting and all, but hard to get truly immersed without the company of an expert boatbuilder. Or maybe a group of school kids.

Then across the lovely foreshore park into town for lunch.

Then shopping up and down both blocks of Picton’s CBD. I did get a paperback John Carter of Mars, notable in that the British cover art actually shows the Princess’s lovely breasts, whereas the US editions from that time period always cover her up with ornate bikinis. The other most interesting thing about the shopping district was the community noticeboard outside the grocery store. I’ve never seen so many clubs advertised in one place: bridge, cribbage, lawn bowling, watercolor, poetry, book and cinema lovers, and even a community accordion ensemble. It’s as if every retiree must start a hobby club as a condition of residence.

We had a beer to recover from all the excitement and planned our next move. The aquarium, obviously. 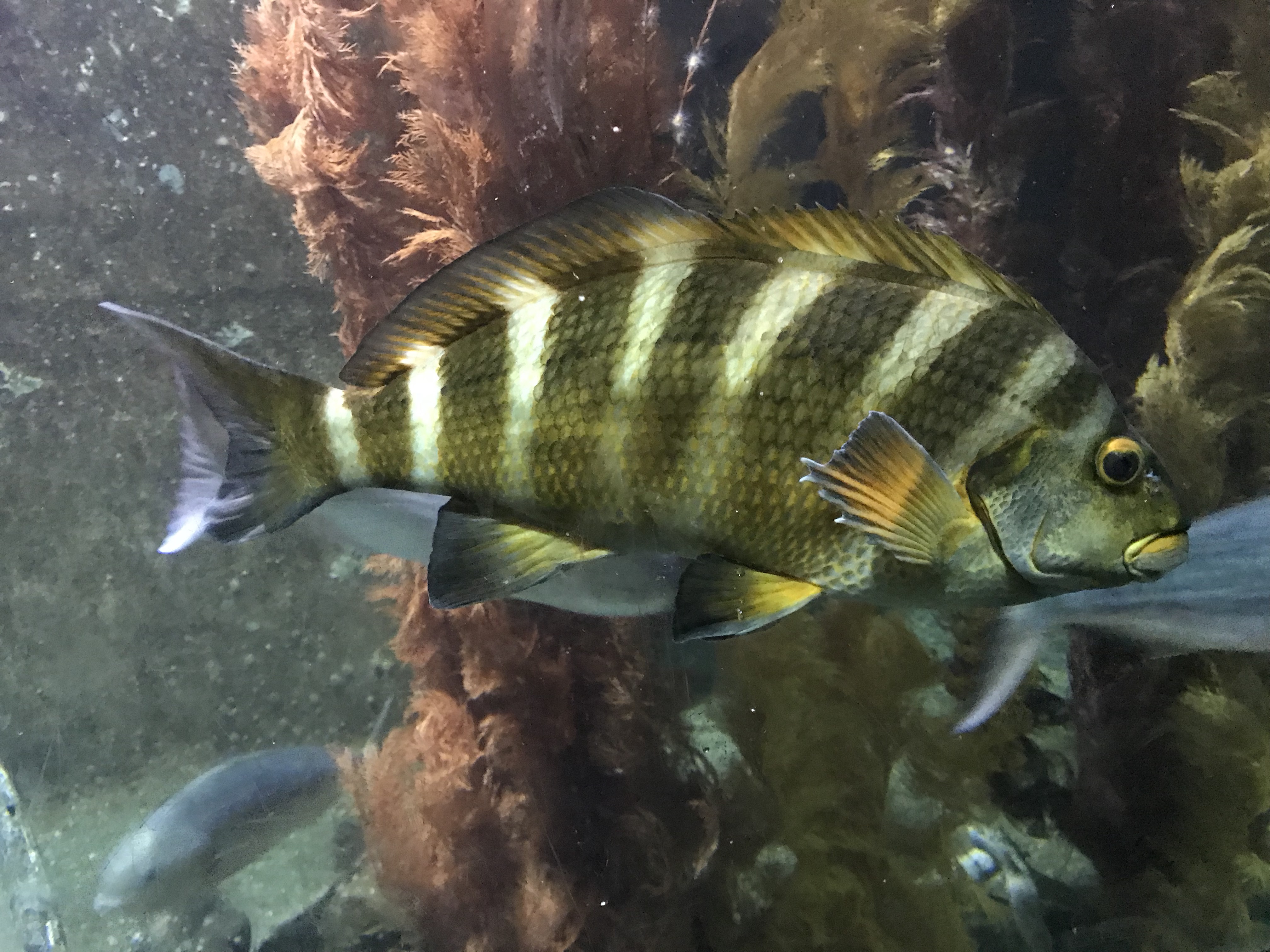 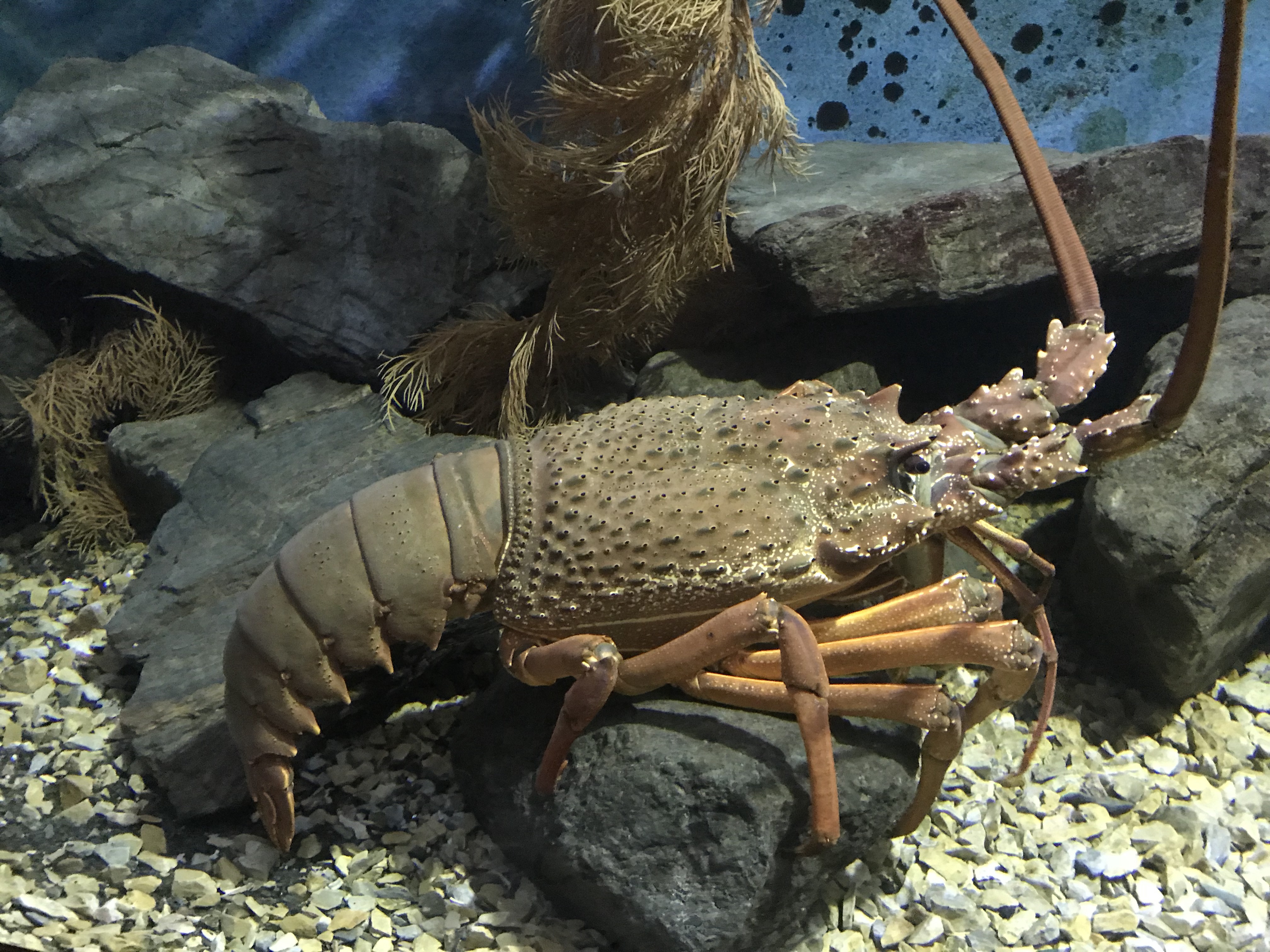 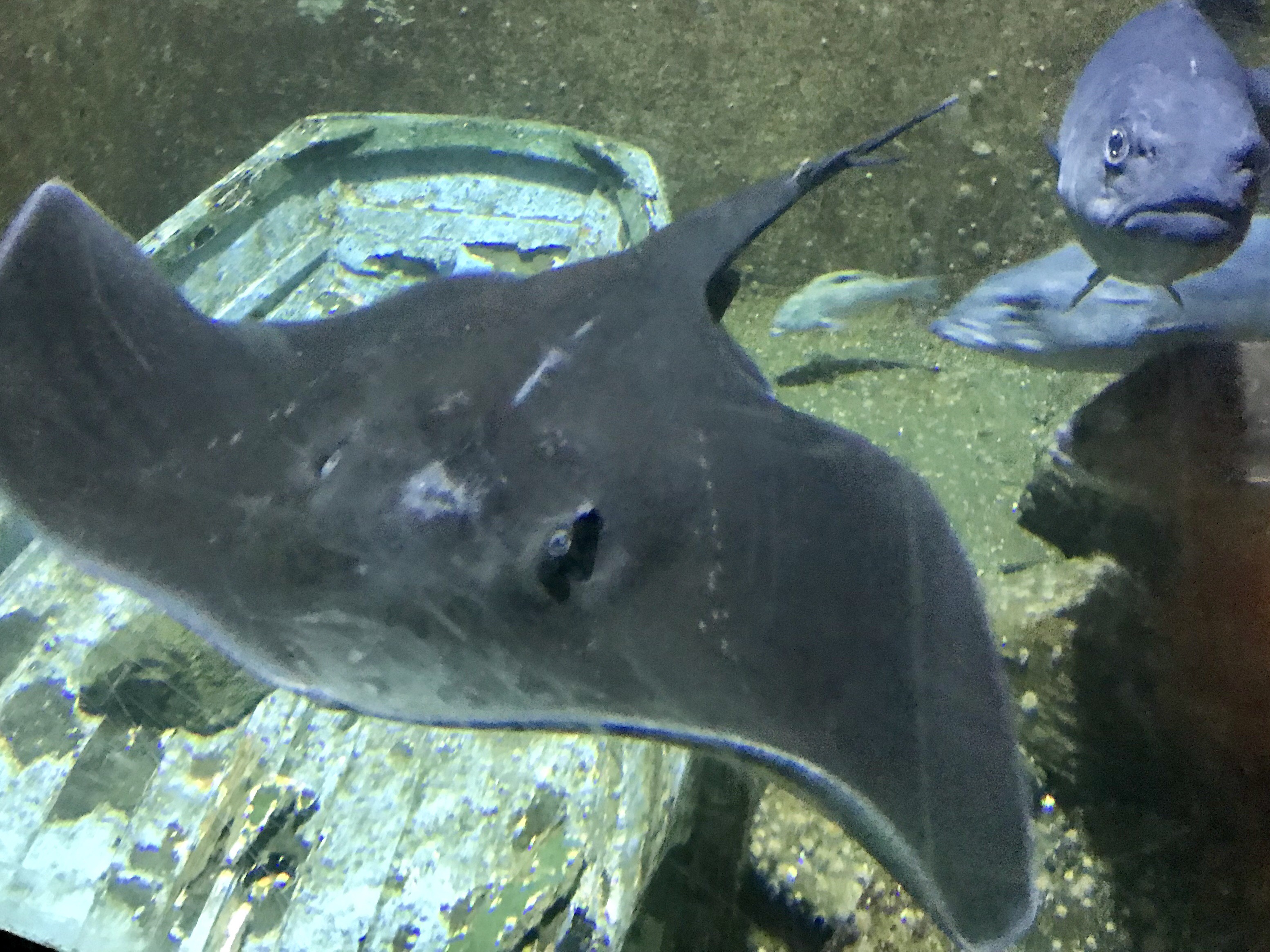 We’ve been to some world class aquatic exhibits… Chicago, Monaco, Monterey… If I were on the Picton Chamber of Commerce I would be excitedly pitching the extraordinary amount of as-yet-unrealized aquarium-attraction opportunity in front of this plucky seaside community… there’s literally nowhere to go but up! Nowhere. 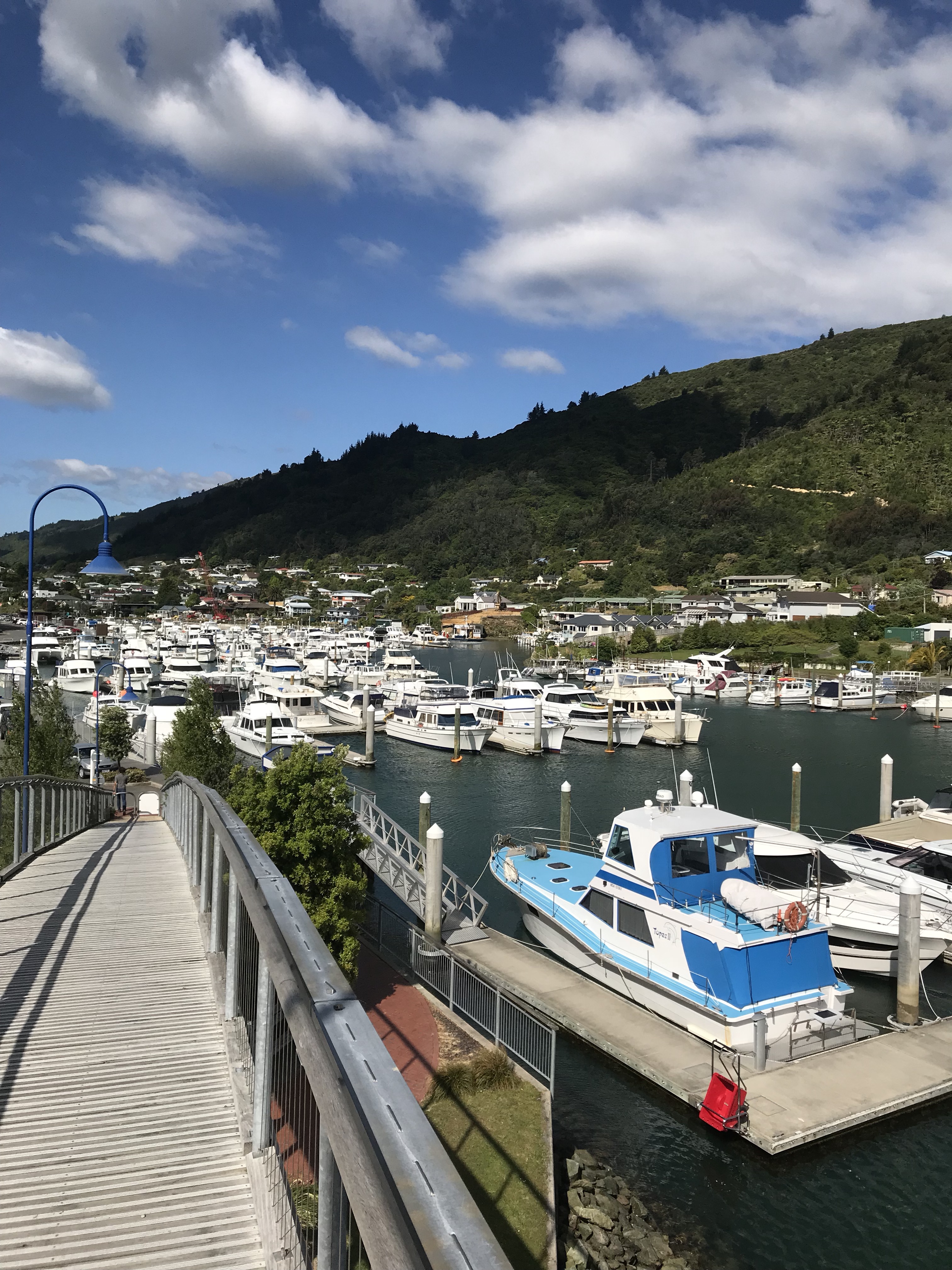 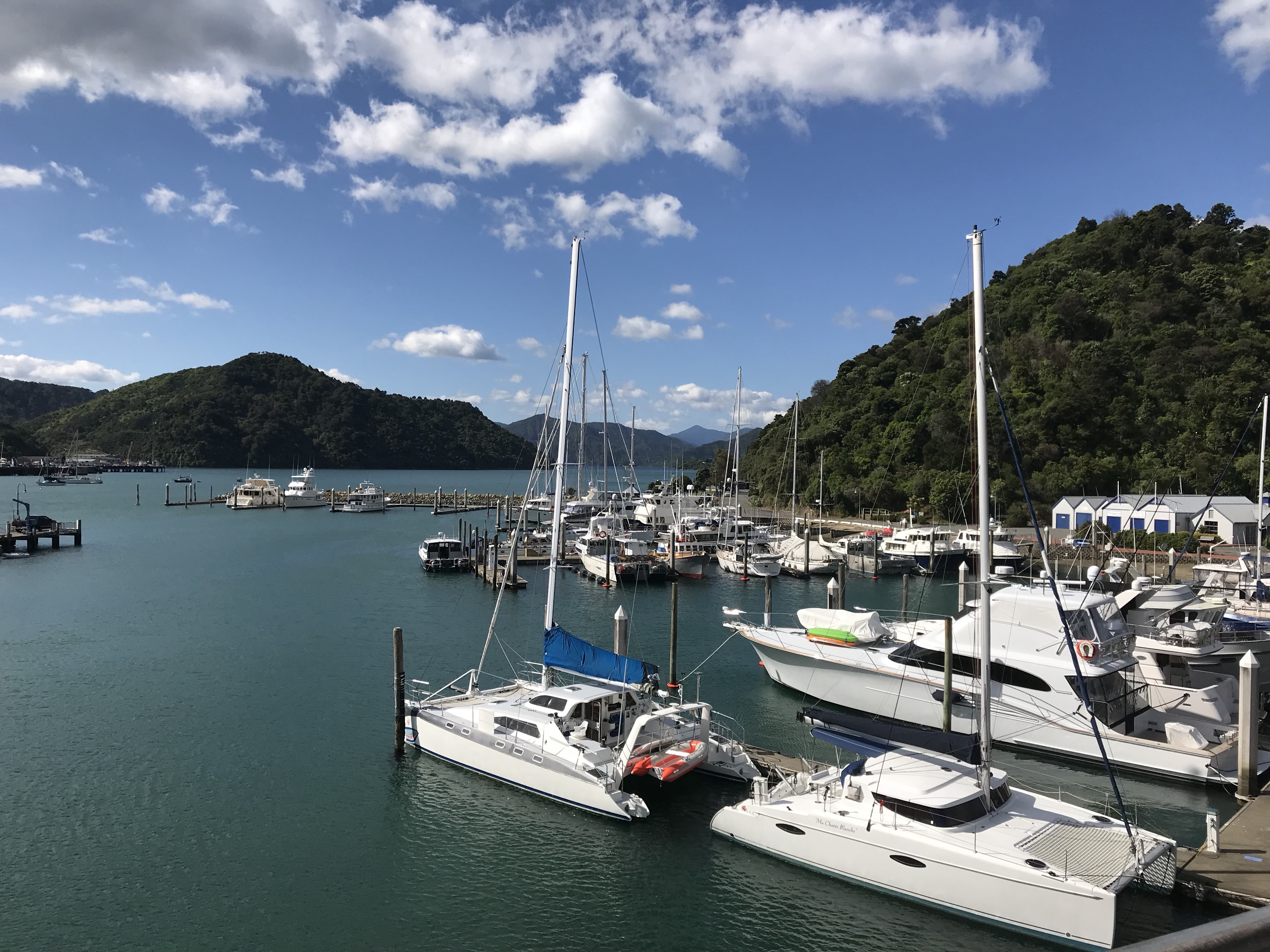 Next we wandered over to the pleasure port and had the same conversation we always have in that situation.

A) look at all the yachts for sale. Some of them we could even afford if we really wanted to.

B) but what a lot of work and expense even after you pay for it. Let’s rent or charter one sometime instead.

C) agreed. But if we did buy one, which ones do we like? That one, that one, not that one, ooh, look!

D) who owns all these boats anyway? It’s such a shame they all just seem to sit here, seldom if ever used. 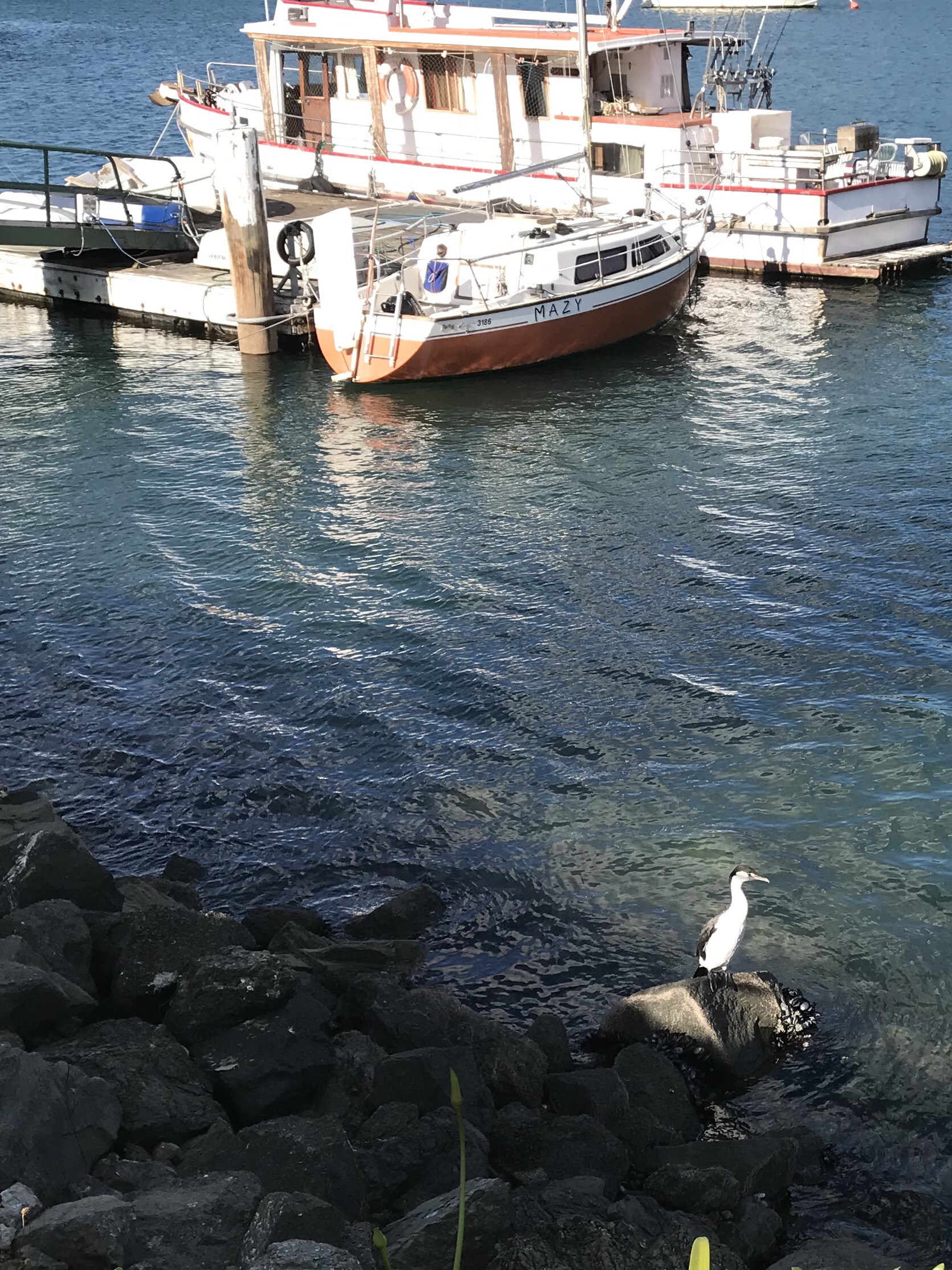 Then it was back to the foreshore for some rock-skipping and birdwatching, and back on the boat. We booked into the Premium Lounge on the way back, so dinner and an open bar, well worth it. We got into a brief discussion with some drunken fellow passengers, including a couple Kiwis who were loudly defending their opinion that Canadians are way better than Americans. Not really an argument we want to have, but we did end up agreeing that Vermont is basically Canada, so it’s all good.

Farewell, Picton, until we meet again. You seem like a great jumping off point for South Island adventures, probably a nice place to retire or live in the marina on a boat with a scruffy little dog and a bottle of Jim Beam. We wish you a nice quiet summer, but we hope all the tourists visit your attractions.