A few more pictures from our tour of the grand Palace, which was the residence for a bunch of Thai kings, but is now mostly a tourist attraction and used for certain Royal ceremonies. The old King, who was much loved, died in December of last year. If I understand the tour guide correctly, his body is still lying in state and being visited by many thousands of people lined up all day for the chance to file by and pay their respects.

You have to take your shoes off before you are allowed to enter the chapel with the Emerald Buddha inside. 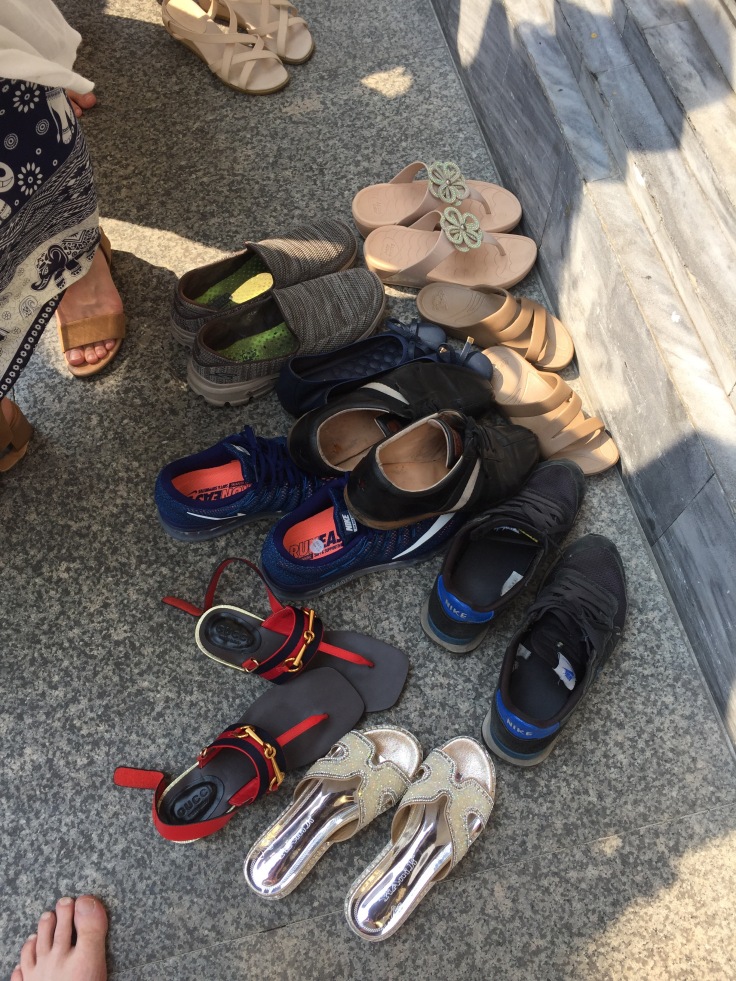 This campaign to be more respectful with the Buddha is all over the place, on billboards and bus stops and so on. 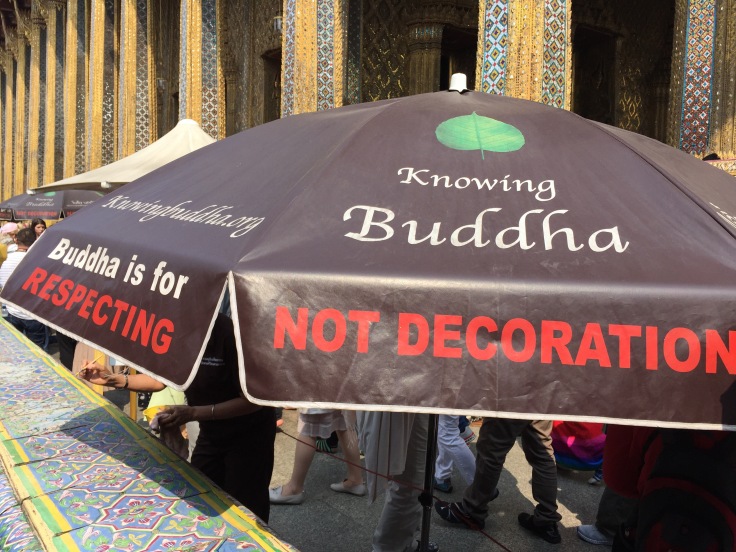 The whole complex is a riot of color and decoration, and must be one of the most photographed spots in Thailand. It was wall-to-wall people (cheap admission on Sunday) but the etiquette and culture around giving people a clear picture was very well-developed.

That entire dome is made up of 1 in. square tiles, applied by hand over a period of many years.