Today was all about the journey.

I got up earlier than I wanted to and took a nice morning constitutional around Villars and Aveyres. I can’t speak to other Swiss Alpine ski villages, but these two are beautiful. 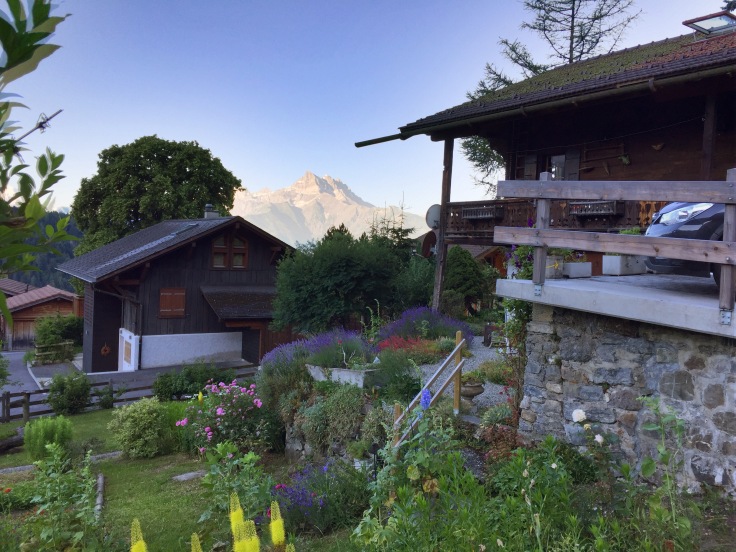 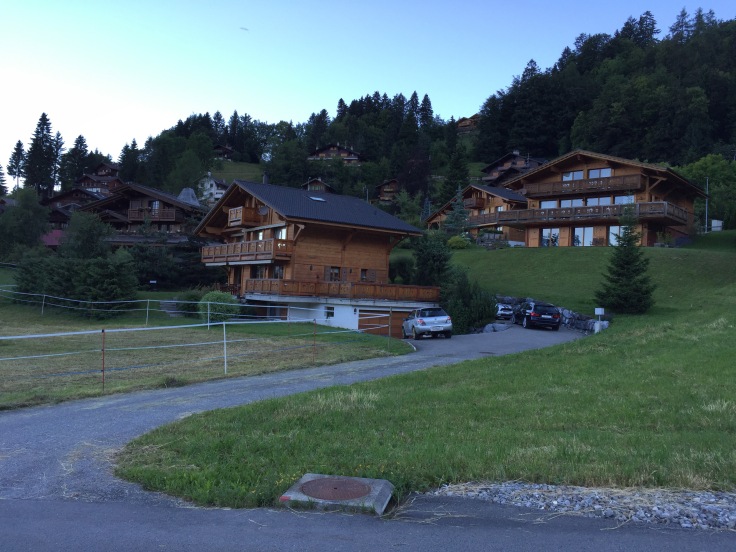 Getting the pony loaded up for a trip.

I followed the sound of cowbells, quite common in this part of the world.

​​​​
Walking back home, the cowbells were replaced by a sort of throbbing buzz. It was the Canadian junior team out warming up for the day.

Our plan was to ride our bikes over a couple of hard climbs: the Col de la Croix, and the Col du Pillon, before descending into our viewing spot for the day. The ride was tough but fun, under 30 miles but with lots of climbing. Cruising through the ski areas was pretty great.

An overzealous Swiss Army trooper (so it’s not just a brand!) turned us away from our objective a couple miles early, however. So, we had a lovely picnic in Saanen before striking out on foot, a couple miles uphill, to try and catch the race as they crested the climb at Schönried before dropping to the point we parked at.

It got hot, over 90, and there wasn’t much shade. But we met this guy…

​​
​​After walking an hour toward the approaching riders, we still hadn’t made it to the top of the hill, so we got a glimpse of them in descent mode… whoosh goes the breakaway, pause, whoosh goes the peloton, fini. Hardly a bad day, but not what we were planning on.

On the way down, we discovered a network of Wanderweg, trails that criss-cross the whole area. It was a lovely walk in meadows and forests, and marginally shorter.

And then decision time… To ride home or take the van. Testosterone poisoning got the better of me and so I got suited back up, the only guest so ambitious/foolhardy. With my guides solid Phil and greyhound Gene (both far stronger cyclists than me) we set out.

We bagged this awesome souvenir, which helped make the rest worth it. 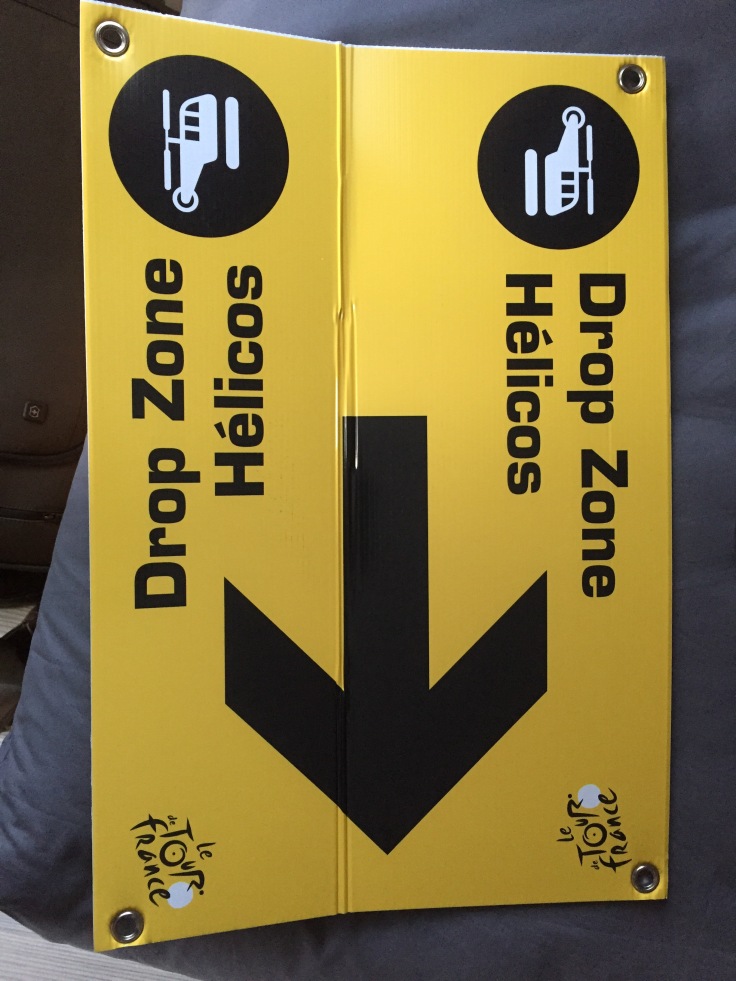 Our first objective was the Category 3 Cote de Mosses. By the end of that “little climb” we all knew I didn’t have much left in the tank. However, having few real choices, we persevered. I recovered somewhat on the descent, and it appeared that all was well. And then, Mr. Garmin gave us some sketchy directions. What had been billed as a 15 mile ride with an optional climb at the end turned into almost 40, including climbing back up the Col de la Croix on a road that was a little more than a cowpath, and in fact turned to gravel for a few miles.

Actually, it was that gravel road that gave me the inspiration to continue. Before moving to Brattleboro, I would have been horrified at the thought of trying to ride over gravel, however, now I do it all the time, and it made me confident that I was in my own element and would make it home, however slowly.

Dinner was a big dose of naproxen, and a lovely pot of moules marinieres. I didn’t contribute much to the conversation…