The hotel was funny… beautiful facility, lots of eager staff, even little housekeeping carts for every hallway…. all the trappings of a modern international destination. But, it seemed as if having actual guests was kind of a surprise. A happy surprise, to be sure, but still a surprise. From check-in to food service, there was a lot of scurrying and conferencing required to get anything done, but once they figured it out, everything was really nice.

One example: Of course we could get a beer at the bar, but getting a cold one required the use of actual ice. And cocktails are also available, as long as it’s fruit juice and booze, you buy the ingredients separately and show the bartender how to put them together. 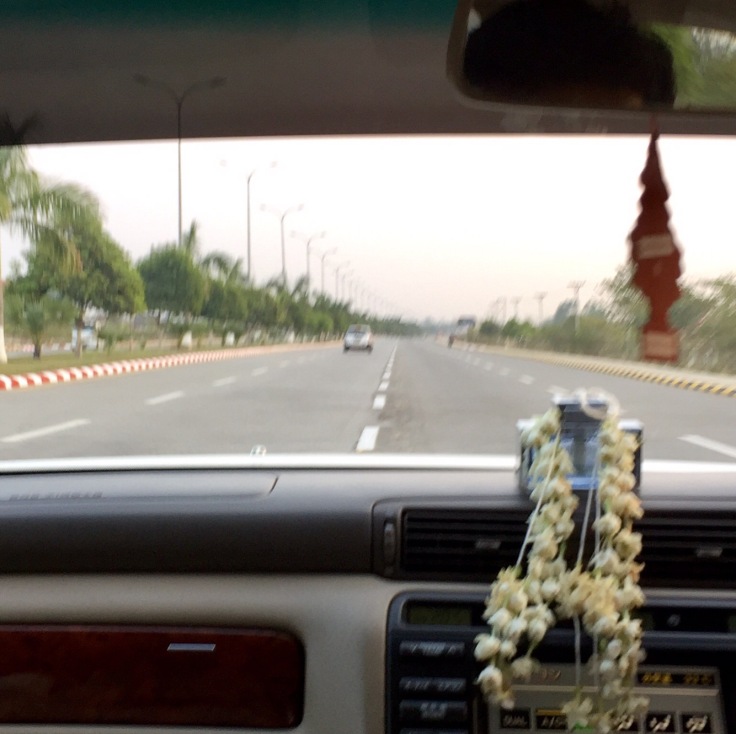 Rush hour from the cab in Nay Pyi Taw. I’m torn between calling this 8-lane highway “optimistic” and calling it a “boondoggle.” Time will tell.

The Horizon Lake View Resort from which I have just returned was a study in contrasts, specifically the kinds of contrasts like where the watch melts off the table or the staircase seems to go in an endless circle. The hardcore UN types who have made a career of fancy resort conferences in impoverished countries seemed unfazed, but it was weird for me.

There was literally nowhere to go, or at least not without making a big production that I wasn’t up for. So, I stayed on campus the entire time.

The overall weather and vegetation looked and felt like the hottest muggiest haziest Southern California summer. Planted and watered things do great, but overall it’s kinda dry and scrubby. And I think those mounds of dirt might be termite mounds, which you don’t see in San Bernardino so often. 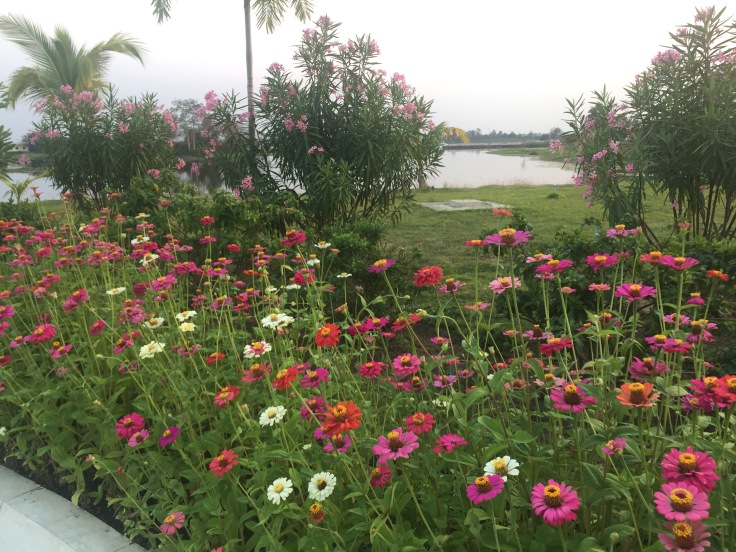 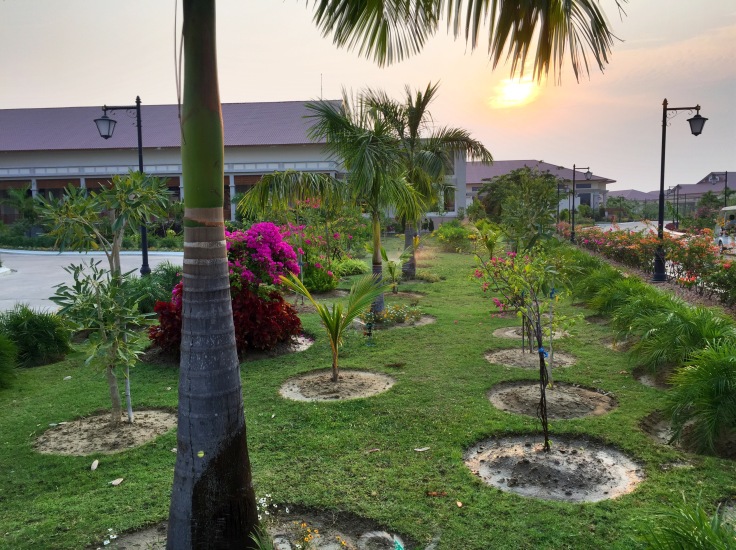 Because everybody burns all their brush (and probably everything else), when you do see the sun (morning and evening) it’s  a bright neon pumpkin orange through the haze.

The landscaping is done by a small army of laborers who squat in the sun with simple hand tools and cone-shaped hats. 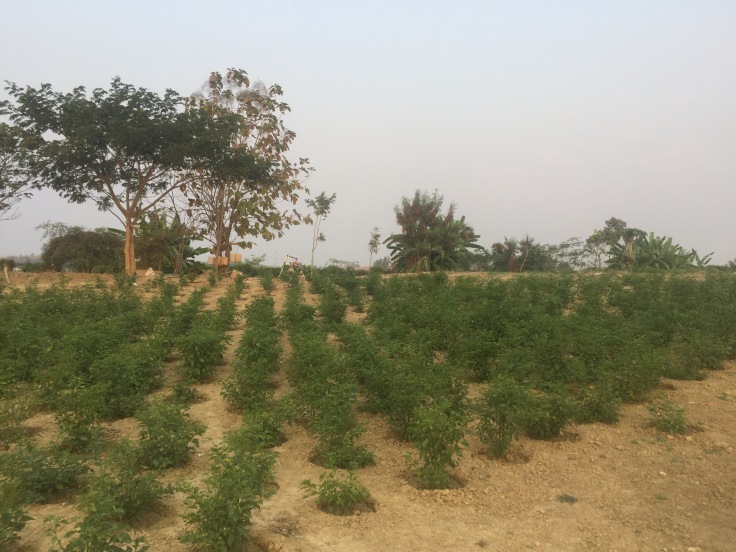 The resort also boasts a nice looking “organic farm” which was growing a lot of peppers and I think young grapevines. My understanding of the local economy is very limited, but I wondered if there might be a provision in their tax code saying that anybody with an organic farm of at least one hectare is permitted to invest a few tens of millions in a conference hotel with no need to pay any pesky taxes or worry too much about labor laws. Or maybe they’re just into sustainability…